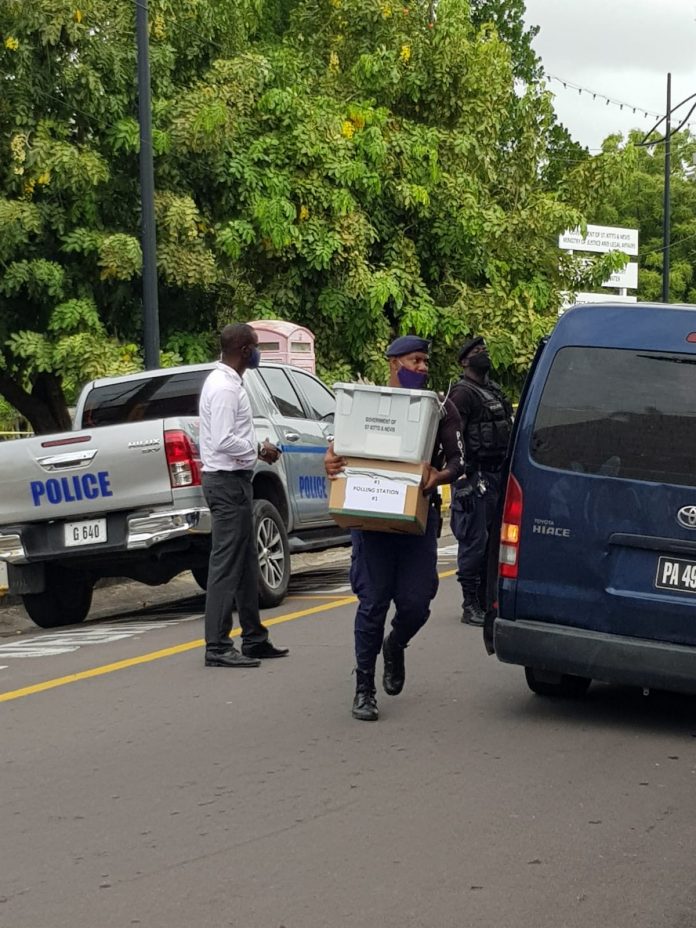 St. Kitts and Nevis (WINN) — The official inspection of the rejected ballots from St. Christopher 1 (East Basseterre) following the June 05 general elections, began Friday, October 02, 2020, at 9:00 am in the presence of legal teams representing both candidates, the Assistant Registrar and the Supervisor of Elections.

In the September 17 court appearance, lawyers for PAM candidate Ian “Patches” Liburd, who lost his East Basseterre seat, argued that the boxes should be reopened and ballots re-examined because most of the rejected ballots were cast in his favor.

However, SKNLP candidate Dr. Geoffrey Hanley’s legal team argued that for scrutiny, the ballots that are being objected to must be isolated and each ballot should constitute a separate trial.