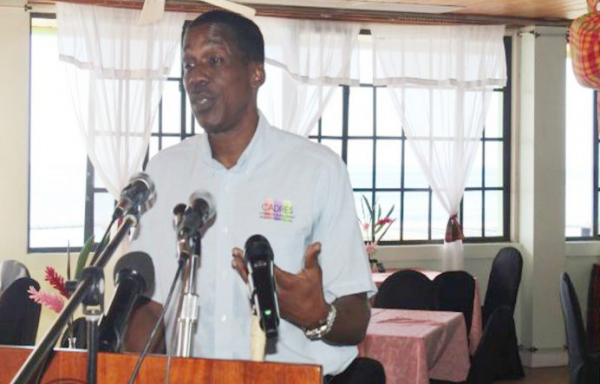 (Barbados Today) A mistrust of COVID-19 vaccines, concern about the long-term effects and insistence on the right to choose are among the reasons fuelling the continued high level of vaccine hesitancy in Barbados and other regional states.

Moreover, over 60 per cent of those who are unvaccinated against the COVID-19 virus have made up their mind that they would not be taking the jab, although some 54 per cent of Barbadians said if they received more scientific or medical information they could change their minds.

This was among the findings of a UNICEF survey – COVID-19 Vaccine Hesitancy Survey Report 2021 – which was released on Friday.

The survey, which was carried out by the Caribbean Development Research Services Inc. (CADRES) in October and November last year, involved responses from more than 5,900 respondents in Barbados, St Lucia, Grenada, Dominica, Trinidad and Tobago, and St Vincent and the Grenadines.

At the time of the survey, 69 per cent of respondents in Barbados were vaccinated and 31 per cent said they were not.

“In the case of Barbados, the unvaccinated person is more likely to be male, under 50, and with a secondary education. The person is most likely unemployed (voluntarily or otherwise) and does not trust vaccines because of a perception that they were developed too quickly or they do not know what is in them,” stated the report.

The survey showed that 29 per cent of Barbadians were hesitant to take the vaccine because they did not trust it and believed it was unsafe and developed too quickly, or they were unsure what was in it.

Other major reasons were uncertainty about the long-term side effects (18 per cent), while 17 per cent said they simply chose not to take it.

Other reasons included: lack of trust in Government and medical authorities (8 per cent); medical condition (8 per cent); religious reasons (7 per cent); no reason, just won’t take it (6 per cent), unable to find time/lines are too long (3 per cent); not mandatory for work, didn’t qualify and don’t like any of the vaccine options.

The majority of Barbadians (73 per cent) said they did not consult with a doctor before making their decision not to take the vaccine, while 10 per cent said they consulted with a doctor and 17 per cent indicated that medical advice was irrelevant.

Presenting an overview of the report, Director of CADRES Peter Wickham explained that the sources that helped individuals decide not to take the vaccine were mainly social media (25 per cent) and personal Internet research (25 per cent).

“This data has to be contrasted with the other data where 64 per cent of persons say they were not willing to consider it under any circumstance,” said Wickham.

Unvaccinated individuals in Barbados indicated that their preferred mode of communication or receipt of information about the vaccine was via WhatsApp (28 per cent), followed by social network of family and friends (17 per cent), television (14 per cent), Instagram 12 per cent, Facebook (9 per cent) and newspapers (8 per cent).

Forty-six per cent of respondents believe the information being conveyed by popular personalities was not helpful, distracting and misleading, while only 13 per cent of Barbadians said it was helpful and 29 per cent said it was somewhat helpful.

The decision not to take the vaccine was based mainly on what individuals saw and heard on social media (33 per cent of respondents), followed by advice from family and friends (16 per cent) and advice from a religious leader (7 per cent).

UNICEF officials are hoping that the USAID-funded research will help to influence strategies and intervention of countries in addressing vaccine hesitancy.