Barbados and Saudi Arabia agree on areas of cooperation 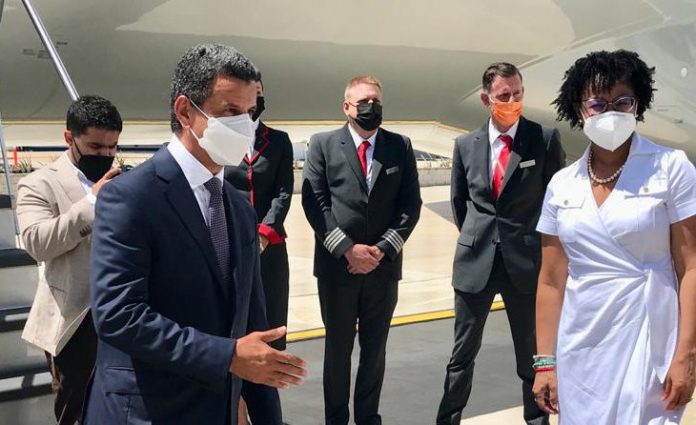 (Barbados Today) The Government of Barbados is fully committed to breaking new ground in many “non-traditional” tourism markets.

Minister of Tourism and International Transport Senator Lisa Cummins made the pledge following a weekend visit by Saudi Arabia’s Tourism Minister Ahmed Al-Khateeb when discussions began on a new air services agreement along with a memorandum of Tourism Cooperation between the two countries.

At an impromptu press conference Monday at the Grantley Adams International Airport ahead of Minister Al-Khateeb’s departure, Cummins identified Saudi Arabia as a gateway to cooperation with other states in the Gulf of Persia.

“I think one of the things we are very clear on in Barbados and in the Government is that we have to forge new friendships and new partnerships, new relationships that yield mutual benefits,” she told reporters.