Barbados Becomes a Republic, Leaving behind the British Monarchy 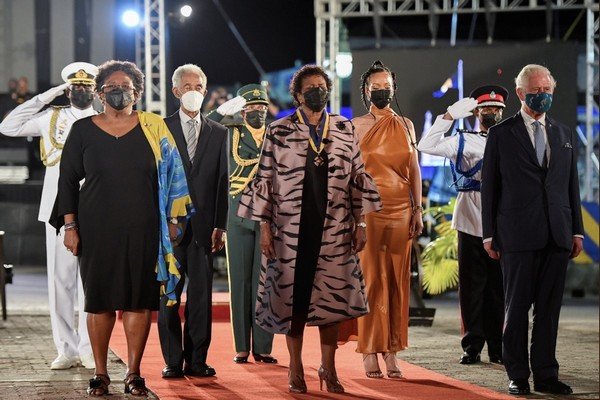 St. Kitts and Nevis (WINN): Today, Tuesday, November 30 and beyond, Barbados is now a Republic. The island nation officially paid last respects to the Monarchy during a ceremony Monday night (November 29), distancing itself from its colonial past.

The declaration was dubbed “Pride of Nationhood: Declaration of the Republic and Installation of the President of Barbados” and featured a host of cultural presentations, folklore troupe, musicians, dancers etc., in a six-hour event.

The culmination saw the inauguration of the republic’s first President, the Most Honourable Dame Sandra Mason, President of Barbados.

“We are a community of Barbadians. But we must now collectively ensure that our new Republic is truly exemplified by creativity and innovation. In a place where pride, industry, discipline and productivity are conjoined. In the Republic of Barbados, we must see ourselves as thought leaders and change agents actively engaged in the difficult business of nation-building, a nation that is characterised by courtesy harmony, unity, opportunity, equality, economic wellbeing, empowerment, and respect for each other’s differences.”

President Mason said she was proud and humbled to be named the country’s first president and charged the people of the republic to become the nation’s keeper as the Republic of Barbados sets sail on its maiden voyage.

“From this moment, every Barbadian becomes the living embodiment of the New Republic. Whether fair or foul winds comes our way, vessel Republic Barbados has set sail on her maiden voyage. May she weather all storms and land our country and citizens safely on the horizons and shores, which are ahead of us.” 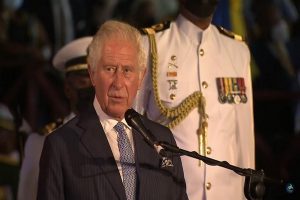 His Royal Highness Prince Charles, the Prince of Wales, was in attendance as the new republic paid last respects to the Monarchy.

Prince Charles, in his remarks, said he would always remain a friend to the Republic of Barbados.

“Prime Minister, ladies and gentlemen, tonight you write the next chapter of your nation’s story, adding to the treasury of past achievements, collective enterprise and personal courage, which already fill its pages. Yours is a story in which every Barbadian young and old, can take the greatest pride. Inspired by what has come before them and confident about what lies ahead. As you will sing tonight, you are the guardians of your heritage, firm craftsman of your fate.”

After his remarks, the Prince was conferred with the Order of Freedom of Barbados, the country’s highest honour.

Many individuals were honoured on the occasion of the country becoming a republic. Most notably, international recording artists Rihanna – whose real name Robyn Rihanna Fenty, was bestowed the honour of National Hero of Barbados to be conferred on Tuesday, November 30.

Prime Minister Mia Mottley made the announcement in a special presentation at the ceremony. 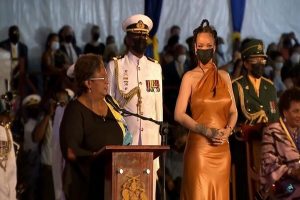 “Pursuant to Clause B of the Schedule and having satisfied that, Ambassador Robyn Rihanna Fenty has given service to Barbados, which has been exemplified by visionary and pioneering leadership, extraordinary achievement, and the attainment of the highest excellence that has redounded to the honour of Barbados, my government has the distinct honour of recommending to the president who has kindly and graciously accepted that Ambassador Robyn Rihanna Fenty tomorrow morning, shall have conferred upon her the Order of National Hero of Barbados.”

Barbados will remain a republic within the Commonwealth, bringing the number of Commonwealth realms – countries that continue to have the queen as their head of state – to 15, including Australia, Canada, St. Kitts and Nevis, Jamaica, New Zealand and Papua New Guinea.