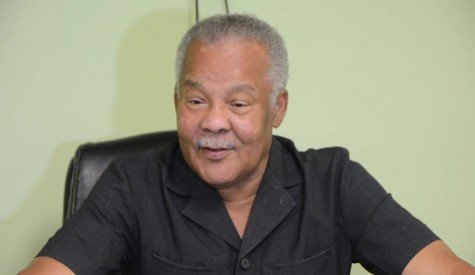 Arthur, an economist, had been in the intensive care unit (ICU) suffering from heart complications and died at 12:26 am (local time).

In a brief statement, the government said that “there will be a period of national mourning for three days (and) all flags will be flown at half-mast”.

Former Commonwealth Secretary-General, Sir Shridath Ramphal, said Barbados has lost a great son and the regional integration movement “CARICOM has lost a great West Indian. We are all the poorer for Owen’s going”.

“His last leadership role was to chair the Commonwealth’s Observer Mission to the Guyana elections where he distinguished himself for his courage in speaking truth to power. May his memory be honoured in the upholding of his candour,” Sir Shridath said, adding “and may CARICOM for all time be guided by his credo of regional integration that marked his service to Barbados and the Caribbean Community”.

Arthur, Barbados’ fifth prime minister, was hospitalised in mid-July with heart complications. The country’s longest serving head of government led the country for an unprecedented three consecutive terms from 1994 to 2008, having served as Member of Parliament for the constituency of St Peter from 1984 to 2013.

In 2013, Arthur stepped down from active politics after the Barbados Labour Party (BLP) was defeated by the Democratic Labour Party (DLP).

Following his decision to step away, Arthur was conferred with the title of Professor of Practice: Economics of Development by the Cave Hill campus of the University of the West Indies (UWI) in November 2018 and in January 2020, was appointed chairman of the Board of the cash-strapped regional airline, LIAT.

Arthur is survived by his wife, Julie and daughters Sabrina and Leah.