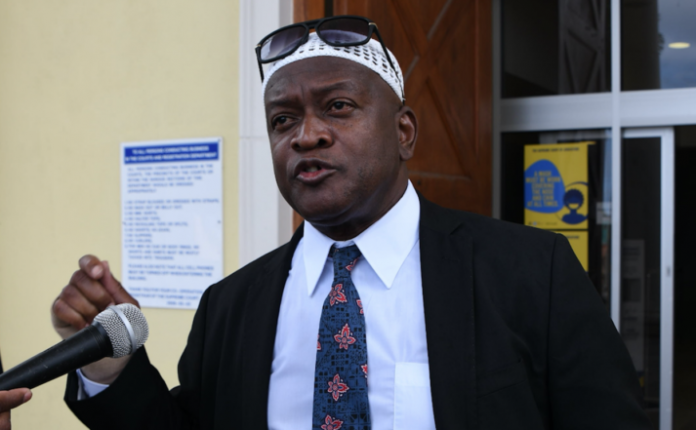 (Barbados Today) After an unsuccessful attempt to stall the January 19 general elections at the last minute, Philip Catlyn is headed to the Court of Appeal.

Catlyn, of the Barbados Sovereignty Party, through his attorney-at-law Lalu Hanuman, has appealed Justice Cicely Chase’s January 18 decision to dismiss an application for an injunction to postpone the elections.

He brought the action against President Dame Sandra Mason and Attorney General Dale Marshall after he claimed that thousands of persons who were required to self-isolate were disenfranchised by not being able to vote.

After close to eight hours of submissions and deliberations, Justice Chase declared that the court had no jurisdiction to hear the matter and it would have to be heard by an Election Court.

She further contended that the action had been filed incorrectly in the High Court.

However, Hanuman has filed an appeal against Justice Chase’s decision on three grounds. He claims that the decision is erroneous in point of law and also in point of fact and that it raises fundamental public interest issues.

The attorney is asking the court to find that Justice Chase’s decision was contrary to law, unreasonable in all the circumstances and/or void.

“Jurisprudentially it needed to be done in order to challenge the High Court decision, or otherwise it would have become a precedent fettering future litigation. Also, a failure to appeal would expose my client to potentially hefty court costs, as the defendants were represented by ten lawyers, including two senior counsel in the High Court,” Hanuman said.

“Having said that, it is most unfortunate that we have had to go down this road as a Court of Appeal decision in Mr Catlyn’s favour at this late stage will be more disruptive than had it been made before the election. If it is decided in my client’s favour, then Barbados will go back to the pre-27th December 2021 status quo, constitutionally-speaking.

“But of course we cannot go back to the pre-27th December 2021 status quo as far as COVID-19 is concerned. That genie is now well out of the bag with doubling infection rates, as anticipated by Mr Catlyn in his judicial review application,” Hanuman further argued.

In her ruling, Justice Chase had also knocked Hanuman for the timing of the action.

However, in the appeal Hanuman claims that critical information was revealed by the Electoral and Boundaries Commission on the day the action was filed.

He had also argued in court that holding the elections during the COVID-19 pandemic would have resulted in it being a “super spreader event”. He said the subsequent substantial increase in cases had vindicated his client.

“The appellant only learnt shortly before the filing of his application for judicial review, that the Electoral and Boundaries Commission was saying that it was incapable of making any provision for the thousands of voters who were in quarantine and or in isolation as a result of the COVID-19 virus, due to the State of Emergency COVID-19 protocols in place.