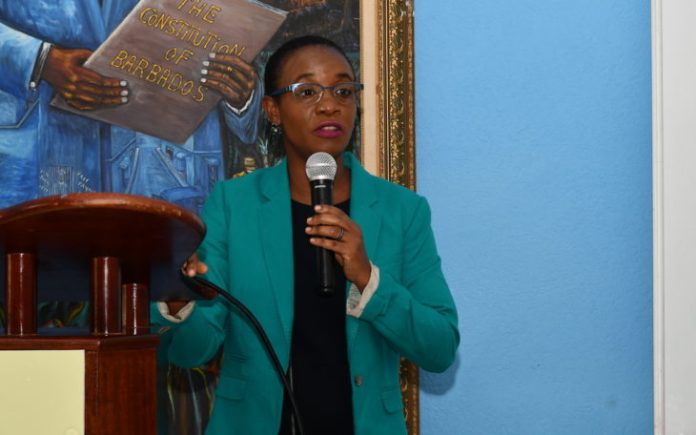 Barbados (Barbados Today) – A human rights and gender rights advocate has called on Neil Rowe to do the “ethical” thing and step down as Member of Parliament for St Michael North West.

Felicia Dujon has contended that the rape charge he faces leaves him unable to efficiently represent his constituents.

“This is a very serious crime [he is accused of] . . . . so the ethical thing for him to do is to deal with his personal matter. Whatever time he needs he has to do that, but you can’t be standing up in Parliament or you can’t be serving people knowing that you have those grievous charges on your head,” she said in an interview with Barbados TODAY, adding that mothers and young women in Rowe’s constituency may not be comfortable speaking with him now.

“This is a matter where you want to build back the public confidence in people. People are shocked by this allegation…and the mere fact that those serious allegations have been made against him places him in a condition where some people would have lost confidence in him. It is very likely that a lot of persons will feel very anxious, especially if you don’t know him personally.”

On Monday, 43-year-old Rowe appeared in the Oistins Magistrates’ Court on a charge of raping a woman on September 18, 2022. He was not required to plead to the indictable charge and was released on $10 000 bail.

Political scientists Dr George Belle, Senator Dr Kristina Hinds and Peter Wickham all agreed that Rowe did not have to resign as an MP because of the allegation.