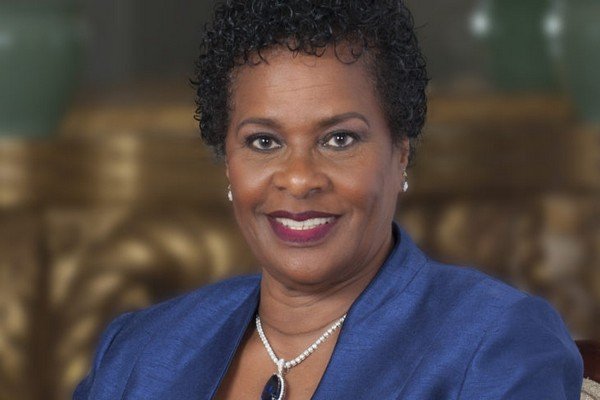 Governor-General Dame Sandra Mason will become Barbados’ first President after she secured the support of all members of the House of Assembly and all but one Senator who voted on the matter today in a joint sitting of Parliament.

After secret ballot taken separately by the Lower and Upper Houses following the objection of Senator Caswell Franklyn to Dame Sandra’s nomination, it was reported by Speaker of the House Arthur Holder that the threshold of two-thirds support required by the Constitution had been met.

Prime Minister Mia Mottley and Opposition Leader Bishop Joseph Atherley had jointly nominated Dame Sandra, and the other 27 Members of Parliament in attendance voted in agreement. One MP, Dr. William Duguid did not attend the sitting.

In the Upper House, only Senator Lucille Moe was absent. Of the remaining 19 Senators, there were 18 who voted ‘yes’, while there was one unreturned ballot, presumably from Senator Caswell Franklyn who walked out of the Senate after insisting that the ballot paper was not valid.

Earlier, he had made known his objection to the candidate being declared, after Speaker of the House Arthur Holder read a letter from Prime Minister Mottley who had advised that she and Bishop Atherley had jointly nominated Dame Sandra to replace Queen Elizabeth II as Barbados’ Head of State.