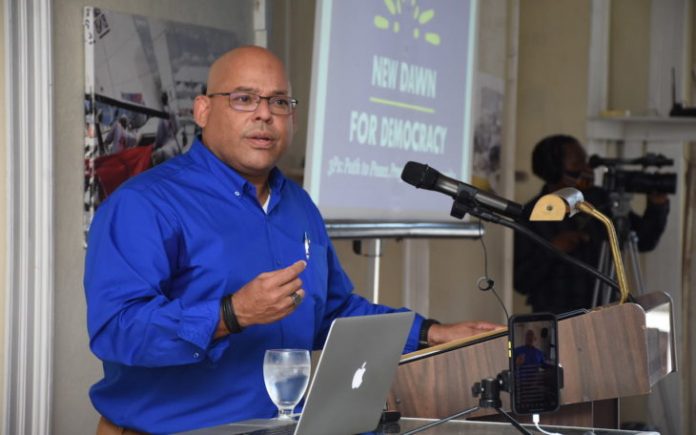 Democratic Labour Party (DLP) presidential candidate Guy Hewitt Wednesday challenged Prime Minister Mia Mottley to allow Barbadians to have their say on whether the country should become a republic.

Hewitt, who last week questioned the timing of the move, today argued that the Prime Minister was duty-bound to keep a previously stated commitment that Barbadians would “pass judgement” on such a decision.

“As a citizen of Barbados, I am further asking the Prime Minister to explain to the people of Barbados the rush of her government, with seemingly indecent haste, to create a Parliamentary Republic,” he said.

Almost a year after her Government’s intention to transition the island into a republic was outlined in the September 2020 Throne Speech, Mottley announced Monday that the change would be made on the day the island celebrates its 55th anniversary of Independence on November 30.