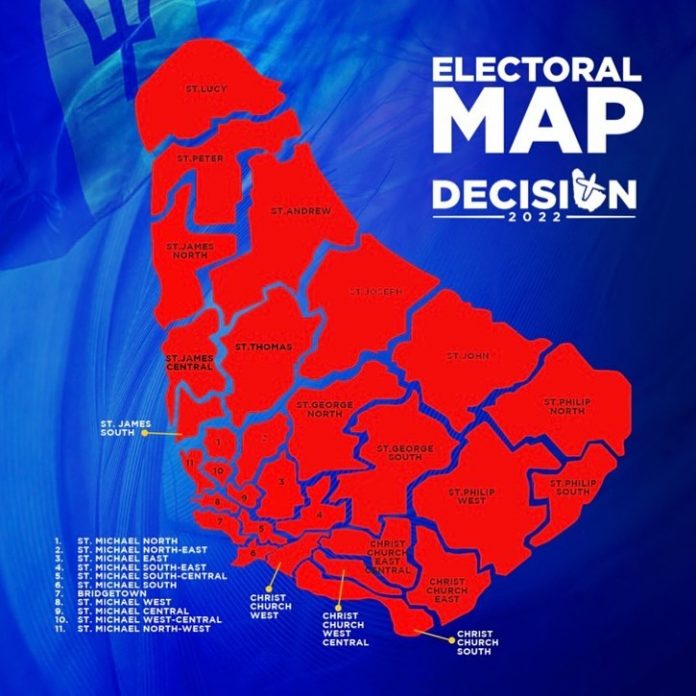 After the results were announced, Mottley said during a rally at the BLP headquarters that she made good on her party’s promise of being its own opposition.

“We stand here today on the morning of January 20 confident that the people of this nation have spoken with one voice, decisively, unanimously and clearly,” said Mottley.

“We want, each and every one of us, to thank the people of Barbados for the confidence they continue to repose in us to be able to lead this country first to safety and then to prosperity.”

This election marks the second time in a row, the last being in 2018, that the BLP has won all 30 constituencies.

The election cycle wasn’t without controversy and spirited debate. The impact of the COVID-19 pandemic and criticisms about the COVID-19 infected people not being able to vote, holding a snap election, after the Government was dissolved by President Sandra Mason, in December of last year, 18 months before it was constitutionally due and protesting nurses calling for increased wages were the hot button topics ahead of the pole.

These issues may have assisted in the low voter turnout recorded.

According to the Barbados Today news outlet, early data suggest that the voter turnout was lower for this election than in 2018, where 60 percent of registered voters participated in that election.

The 2022 general election was the first after the Caribbean nation cut ties with Queen Elizabeth II and became a republic last year.