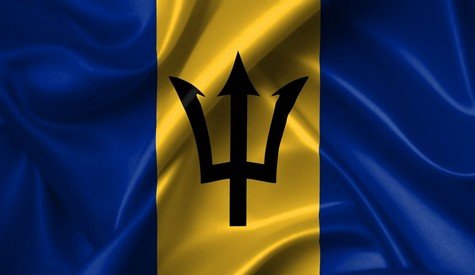 Barbados (WINN) – Businesses closed throughout the island of Barbados, Monday, due to a government lockdown that comes after almost 200 people tested positive for the coronavirus within 48 hours.

Of the confirmed cases,  161 are wardens, inmates, and civilian staff of Her Majesty’s Prisons Dodds.

On Friday (January 1) and Saturday (January 2),  33 new COVID-19 cases were identified through testing at the Grantley Adams International Airport, and Contact Tracing.

The Nation News reports that the coronavirus ‘super spreader’ is believed to be a Boxing Day bus crawl, that made several stops at bars on the island’s west coast.

Democratic Labour Party (DLP) Leader, Verla De Peiza during a panel discussion on Sunday, January 3, suggested that the current administration is trying to control the narrative by focusing on the bar crawl.

She raised questions about the source of the current spread or what she called Patient Zero.

Monday more than 100 people were involved in contact tracing with more than 1,000 samples.

Several businesses are now closed due to the COVID-19 spread.

The Prime Minister of Barbados Mia Mottley announced new measures to tackle the outbreak, in an address on New Year’s Day.

Opposition Leader, Bishop Joseph Atherley is calling for the closure of the country’s borders.

“So I don’t know that we’re doing enough. I’m afraid this thing has gotten ahead of us and I perhaps think that we should do a little bit of a pause in the country for a couple of weeks. Try to reign this in, pull it back and improve our monitoring capacity for people who come in, especially from high-risk places,” said Atherley, according to a report published by Barbados Today.

Atherley suggests the government has to take some of the blame for the outbreak as it allowed people from the UK, which is tackling a new strain of the virus said to be 70 percent more infectious, and the US, which has the record for COVID-19 deaths, more than 350,000 people have died in the US from the virus, on the island.

Atherley commended the government for providing monitoring bracelets and called for early enforcement.

The Prime Minister  of Antigua and Barbuda Gaston Browne, in a letter to  Mrs. Mottley, said his country was in solidarity with Barbados and would not bar flights from that country.

“Apart from expressing my solidarity with you, the purpose of this letter is to advise that, while our border authorities will continue rigid adherence to our protocols for entry into Antigua and Barbuda, we will not be prohibiting travel from and to Barbados,” said Mr. Browne.

He added that he was deeply troubled by the surge in cases despite all the protocols Barbados implemented, but expressed confidence that the situation would soon be brought under control.

Mr. Browne pledged his Administration’s “readiness to be of any help that we are capable of giving to the government and people of Barbados at this difficult time. Barbados is not alone.”