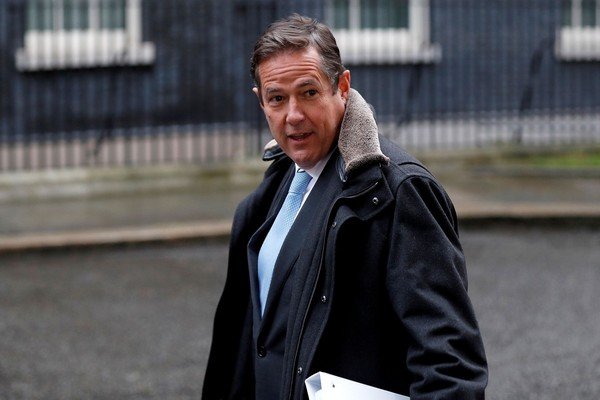 LONDON, Nov 1 (Reuters) – Barclays (BARC.L) Chief Executive Jes Staley is leaving the bank after a dispute with British financial regulators over how he described his ties with convicted sex offender Jeffrey Epstein.

Staley will be replaced as CEO by Barclays’ head of global markets C.S. Venkatakrishnan, who on Monday pledged to continue his predecessor’s strategy.

Staley’s shock departure comes after Barclays was informed on Friday of the unpublished findings of a report by Britain’s Financial Conduct Authority and the Prudential Regulatory Authority into Staley’s characterisation of his relationship with Epstein, who killed himself in jail in August 2019 while awaiting trial on federal charges related to sex trafficking.

“In view of those conclusions, and Mr Staley’s intention to contest them, the Board and Mr Staley have agreed that he will step down from his role as Group Chief Executive and as a director of Barclays,” the bank said.

“It should be noted that the investigation makes no findings that Mr Staley saw, or was aware of, any of Mr Epstein’s alleged crimes, which was the central question underpinning Barclays’ support for Mr Staley following the arrest of Mr Epstein in the summer of 2019.”

Staley dealt with Epstein during his long career at JPMorgan, where Epstein was a major private banking client until 2013.

A college dropout who styled himself as a brilliant financier, Epstein socialised in elite circles, including former and future U.S. presidents. In 2008, he was registered as a sex offender but continued to maintain ties with powerful players in business and finance.

The New York Times reported in 2019 that Epstein had referred “dozens” of wealthy clients to Staley. It also reported that Staley visited Epstein in prison when he was serving a sentence between 2008-09 for soliciting prostitution from a minor, while Bloomberg reported he visited Epstein’s private island in 2015.

Staley told reporters last February that his relationship with Epstein had “tapered off significantly” after he left JPMorgan in 2013, and that he had not seen the disgraced financier since taking over Barclays in 2015.

“I thought I knew him well, and I didn’t. I’m sure with hindsight of what we all know now, I deeply regret having had any relationship with Jeffrey Epstein,” he said at the time.

Epstein’s links with prominent men have come back to haunt some of them. Leon Black, the billionaire investor, stepped down from Apollo Global Management, the private equity firm he co-founded, earlier this year after an outside review found he had paid Epstein $158 million for tax and estate planning.

Britain’s Prince Andrew has quit royal duties over his associations with Epstein, and Microsoft co-founder Bill Gates has said it was a “huge mistake” to spend time with him.

The FCA and PRA said in a statement they could not comment further on the Epstein investigation, which was launched after JPMorgan (JPM.N) provided the regulators with emails between Epstein and Staley from Staley’s time as head of JPMorgan’s private bank, the Financial Times reported last year.

Staley told staff in an internal memo seen by Reuters that he did not want his ‘personal response’ to the investigations to be a distraction.

“Although I will not be with you for the next chapter of Barclays’ story, know that I will be cheering your success from the sidelines,” he said.

Staley has 28 days to formally notify the FCA that he is contesting its findings, after which an independent committee inside the watchdog will uphold or reject its conclusions, a source familiar with the process told Reuters.

If upheld, the probe passes to an independent Upper Tribunal which again can back or reject the findings, the source said, a process that could take months.

Venkatakrishnan, who followed Staley to Barclays from JPMorgan and is known as Venkat, told staff on Monday the strategy put in place by his predecessor was “the right one,” according to a separate memo also seen by Reuters.

Venkat added that he would announce changes to the organisation of the investment bank in the coming days, likely to mean filling his previous role and any other resulting vacancies, sources at the bank said.

Barclay’s share price has fallen 9% since Staley’s tenure began six years ago, a period not without controversy.

His greatest success, insiders and analysts said, was to fight off a campaign launched by activist investor Edward Bramson in 2018 to have Staley removed on the grounds that Barclays’ investment bank was underperforming and should be cut back.

Bramson sold his stake earlier this year, and the bank’s recent results have seen the investment bank perform strongly.

Also in 2018, Britain’s financial regulators and Barclays fined Staley a combined 1.1 million pounds ($1.50 million) after he tried to identify a whistleblower who sent letters criticising a Barclays employee.