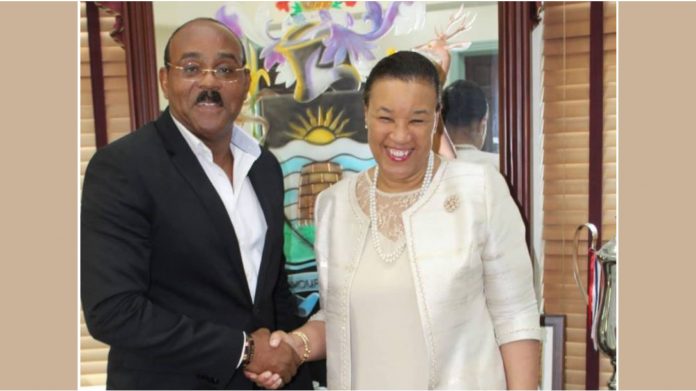 by Shermain Bique-Charles (Antigua Observer) Baroness Patricia Scotland is seeking a second term as Commonwealth Secretary-General, and she is receiving the backing of Antigua and Barbuda’s Prime Minister and the rest of CARICOM.

In his letter, Prime Minister Browne reiterated the 15-member CARICOM grouping’s support for Scotland’s bid for another term in office.

The latest news is significant, especially since Gaston Browne had said late last year, that the Commonwealth risks being divided over the re-election of Scotland.

Browne, who was also then serving as CARICOM chairman, said that it now appears that the separate regions of Africa, Asia and the Pacific “have been, or are being, encouraged to present candidates in opposition to the current secretary-general.

“This runs counter to the principle of rotation which would see Africa assuming the office of secretary-general in 2024 when the Caribbean term would normally come to an end, followed in turn by the Pacific,” Browne said.