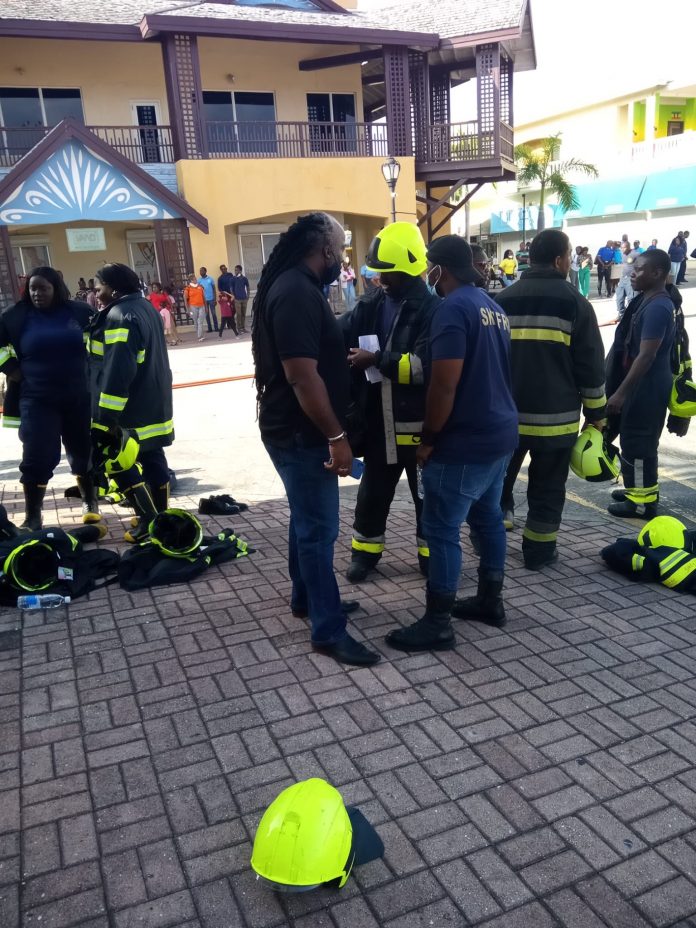 Fire Chief Hodge confirmed the results of the Drill in a document to WINN FM. The One Man Drill was won by Fire Officer Keiandre Battice and the One Woman Drill by Fire Officer Khyra Morris, both from the Combined Nevis Team.  Fire Officer Shavis Wallace representing the Airport was most outstanding in the Endurance Drill.  The Basseterre Fire Station dominated in Both the Five Man Drill and the Timothy Benjamin Fire Truck Pull.

The competition ended with a tie between the Nevis Combined Team and the Basseterre Fire Station. There was a discussion of a possible tiebreaker, which did not come to fruition.

Speaking to WINN FM on Tuesday afternoon May 10, Fire Chief said, “In lieu of the judges being unable to determine a clear cut winner, as well as being unable to  pull off a tiebreaker, then we should narrow it down to something and I think the pull event should be the determining factor; especially given that Basseterre [Fire Station] by far, won convincingly.”

Six fire officers were eligible to pull the Firetruck to the furthest possible distance within a set time of one minute and 30 seconds.  The Nevis Combined Team of officers which included two female firefighters pulled the truck to a distance of just above 63 feet.  However, the firefighters from the Basseterre Fire Station surpassed that distance with a pull of about 112 feet with 10 seconds to spare; having encountered a speed bump.

The Fire Chief however declared that the winner of the Fire Drills Competition 2022 is the Basseterre Fire Station.