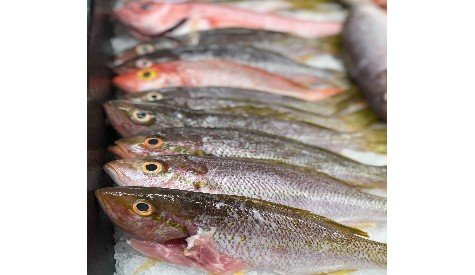 St Kitts and Nevis (WINN): Officials have shut down the Basseterre Fisheries Complex and are re-evaluating a Fresh Fish Program launched last month in the wake of more than a dozen cases of fish poisoning reported on St. Kitts.

The Department of Fisheries and Marine Resources Monday announced it was suspending the Fresh Fish Program until the source of the alleged poisoning is discovered.

WINN contacted the Permanent Secretary in the Department of Agriculture, Fisheries and Marine Resource, Ron Dublin Collins on Tuesday.

“…We sent out a press release that advised there are reports of fish poisoning and the … the main source has been identified seems to be coming from the Basseterre fisheries complex… So we would have submitted for examination fish from the Basseterre Fisheries to [the] Bureau of Standards … for further examination. But we immediately close the complex. All the fish has been removed and destroyed, and the complex itself is being sanitized … taking advantage of the opportunity now to ensure that we review all the protocols and procedures that should be in place for the intake of fish, to ensure that fish that comes into the complex goes through the necessary processes in terms of timely cleaning, refrigeration, and so on.”

Dublin Collins said an investigation to determine the source of the fish and the individuals who supplied the fish is underway and once completed further guidance will be provided to the Basseterre Fisheries Complex in terms of the intake of fish.

The Basseterre Fisheries Complex is reportedly supplied with fish from Nevis through the Fishermen’s Cooperative and from the major landing sites in St. Kitts—Dieppe Bay, Sandy Point, Old Road, and Basseterre.

Reports surfaced on social media, recently, with speculation that “imported fish” was the cause of the fish poisoning. Another claim suggested it was caused by new fishermen and where they were fishing.

During Agriculture week October 11-14, it was announced that one thousand pounds of fish would be sold at a local supermarket on a weekly basis among other initiatives to “buy local”.

WINN asked Mr. Dublin Collins about the future of the commercial and community partnership

“Okay well, one of the things that definitely [has] to happen is one; we have to ensure that the fish that is received by the Basseterre fisheries would meet all the required standards that are set and that will bring a level of comfort to the partner stores we do business with particularly supermarkets and restaurants and so on so that they can be assured that we have taken all corrective action that all protocols … will be adhered to, that this staff will be monitored to ensure, [there will be] continued review to ensure that the staff is doing what they are supposed to and or no one is circumventing any system because [the circumventing of systems] can result in the illness of persons … But we will continue to work with our business partners to promote … local fisheries, local fishermen in the efforts to help in food security and safety.”

Dublin Collins is estimating a two-week halt in the operations of the Basseterre Fisheries Complex.

“That evaluation is being done, but you know it will be substantial enough for us to have some serious concerns. And to ensure that this is not repeated easily, that we do not provide any environment for any such situation to repeat itself in the very near future. Of course, we can’t mitigate against everything, but we ought to do the best we can to make sure that people are safe and that they have that level of confidence. But we can assure persons that there is definitely no undercover, no cover-up… once we discovered what was happening, we [moved] quickly to address it. Met with the parties, we’re reviewing actions of staff personnel and taking corrective actions to make sure that they understand … what has happened that … we bear the necessary responsibility for it is that there is a high level of accountability. It has provided the opportunity for us to improve operations which we willingly embrace.”

Local supermarket, Ram’s Supermarket is announcing the temporary suspension of its recently launched Fresh Fish Program in collaboration with the Department of Fisheries. This suspension has come in response to a recent statement made by the Department indicating an increase in fish poisoning cases in the Federation, Ram’s said in a statement Tuesday, November 3.

Ram’s Supermarkets will reinstate the program once the Fisheries has concluded its investigation and are assured that the product is locally caught and the proper controls are in place to protect its customers.