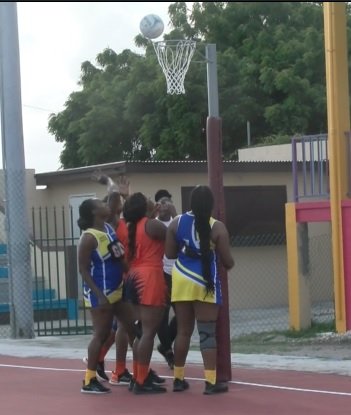 There was a bumper crowd on hand at the Grell Hull Stevens Netball complex, on the evening of Monday 11th July.

After all, the two top teams in the ongoing Netball tournament being hosted by the St. Kitts and Nevis Netball Association were set to clash, head on.

It was Bath United versus Revivorz and the supporters for both teams were vociferous throughout.

Both teams sought reinforcement from their Netball friends over in St. Kitts and so it was expected to be a very competitive game.

However, the Bath United team got out of the blocks like Usain Bolt and never looked back.

They sunk 10 goals through the ring before the Revivorz team got their first.

When the final whistle was blown, the scoreline was:

The two teams are set to meet again in round two on Thursday 21st July and the Revivorz supporters are vowing that the tables will turn, this time around.