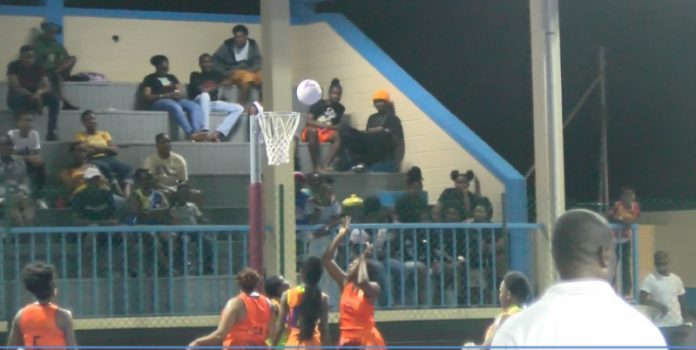 St. Kitts and Nevis (Sports Page) – On the evening of Saturday 16th July, Bath United defeated Dynamics with a scoreline of 46 to 12

This, as the local Netball league, hosted by the St. Kitts and Nevis Netball Association, continued at the Grell Hull Stevens Netball Complex.

In front of a fair-sized crowd, the Bath United team dominated all four quarters and showed superiority in the attacking and defensive areas.

The Dynamics ladies gave it their all, but on the night, the Bath United players, were unstoppable.