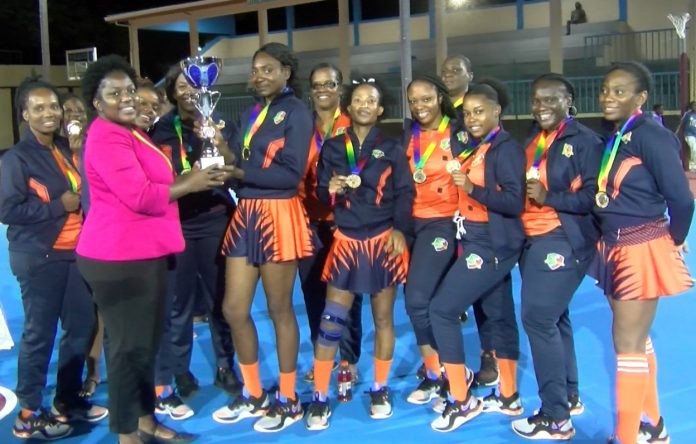 The curtains came down on the Nevis leg of the St. Kitts and Nevis Netball Association’s Netball Tournament on Nevis, with the grand finals, on the evening of Saturday 23rd July.

The big matchup was between the Bath United team and the Revivorz team.

The first quarter was extremely intense and unlike the blowout that occurred when Bath United defeated Revivorz in the early round of matches, this time around, the Revivorz team came out to compete.

The score at the end of the first quarter was 9 goals to 8 in favour of Bath United.

Thereafter, Revivorz maintained stiff defence and would have been even more competitive, if they had converted more of the attempts at goal.

On the other hand, Bath United hardly missed a heartbeat, led by the ever green Shantel Isles, who only missed two attempts all evening.

At the final whistle, though the Revivorz team had acquitted themselves really well on the big night, they were still ten goals short.