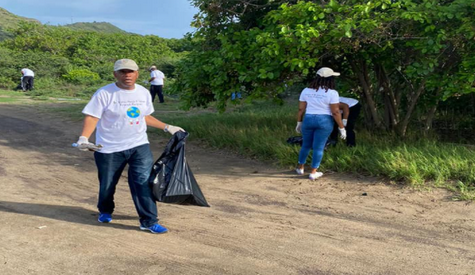 Taiwan established diplomatic relations with S Kitts and Nevis a month after the Federations gained independence in 1983 and the Embassy opened a year later.

With the signing of the Agreement on Technical Cooperation between Taiwan and SKN in 1984, the Taiwan Technical Mission was established.

Over the years Taiwan has collaborated with the Federation in agriculture, horticulture, and technology. Projects include

At the recent UN General Assembly Prime Minister Dr. Timothy Harris again appealed for Taiwan to be allowed membership in the UN agencies like the World Health Organisation (WHO).

China claims Taiwan as a province and has blocked its membership in international organizations like the UN.

As the country’s National Day approaches Taiwan’s allies have extended best wishes and have added their voices to the call for a change of the status quo.

The government lost the Chinese Civil War and retreated from the mainland to the island of Taiwan in December 1949.