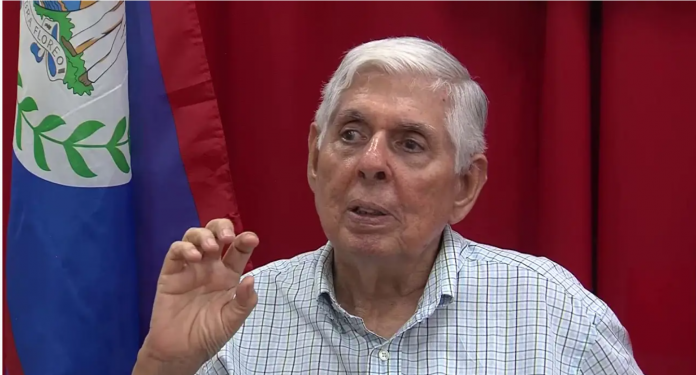 Esquivel, the country’s second prime minister, died on Thursday night. He was 81-years-old.

“Our nation recognises his service with gratitude… as an educator… an activist… as a politician… as a leader… as the second prime minister of the nation. He stood more on his personal convictions of what needed to be done for the nation and less so on political expediency. A plain speaker… with a firm grip on personal integrity,” Prime Minister John Briceno said in a statement.

“The nation and I thank you for your service, Sir Manuel Esquivel, and bid you a peaceful home going. Our sincerest sympathies to Mrs. Kathy Esquivel, his daughters Ruth and Laura, his son David and his grandchildren, family, friends and the UDP (United Democratic Party) family. Rest in eternal peace,” Briceno added.

Opposition Leader Shyne Barrow, in extending condolences to the Esquivel family, said “Sir Esquivel’s contributions to Belize and the United Democratic Party will forever be treasured. May your soul Rest in Peace and your memory of prudent, collective governance live on”.

In July 2021, Sir Esquivel was the subject of a book entitled “Still Waters” a biography of his personal and political life.

He won his seat in the House of Representatives from the newly created Caribbean Shores constituency in December of 1984. In 1986 he was appointed to the Privy Council of the United Kingdom by Queen Elizabeth II.