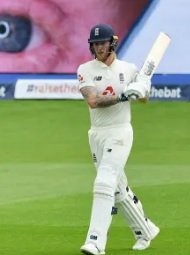 (ESPNcricinfo) – Ben Stokes has been named as the leading cricketer in the world for a second consecutive year in the 2021 edition of Wisden Cricketers’ Almanac, which is published on April 15.

The honour comes after Stokes was named leading cricketer in the world in the 2020 edition, having guided England to their maiden World Cup title in 2019 and then producing one of the great Test innings to defeat Australia in the Ashes Test at Headingley. In doing so, Stokes ended a three-year run for India’s Virat Kohli in winning the award and became the first English player since Andrew Flintoff in 2005 to be regarded as the best contemporary player in the world.

“Ben Stokes becomes the first England player to be named Wisden’s Leading Cricketer in the World more than once, retaining the title he claimed in 2020,” said Wisden’s editor, Lawrence Booth. “He did it all against a backdrop of personal tragedy: his father, Ged, died in December at the age of 65.”