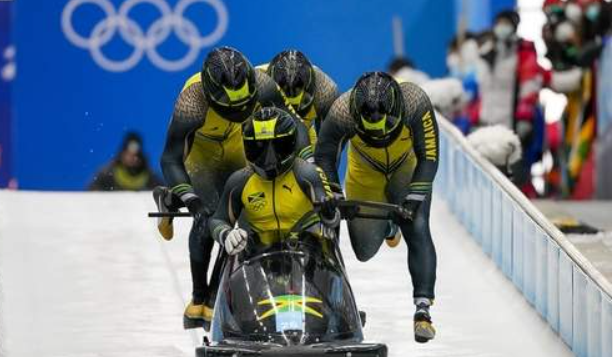 Despite being a fan favourite at the Yanqing National Sliding Centre in Beijing, only one of the three entries in the bobsleigh events, the monobob that was being contested for the first time, had four runs as the two-man and four-man teams ended after three runs.

In bobsleigh competitions, only the top 20 teams get a fourth run to decide the medals and only 20 qualified in the monobob.

Jamaica qualified for a record three sled events as well as Alpine skiing for the first time at the Games. Jazmine Fenlator-Victorian was 19th of 20 teams in the first-ever monobob competition; the two-man team of Shanwayne Stephens and Nimroy Turgott finished 30th in their event; the four-man team of Stephens, Rolando Reid, Matthew Wekpe, and Ashley Watson finished in 28th positio, while Alpine skier Benjamin Alexander was 46th in the Alpine skiing event, completing both runs, with another 41 skiers failing to finish the event.