BOJ spending more than $1b to print new banknotes 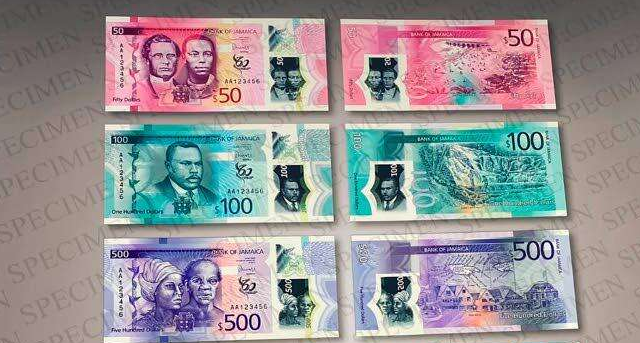 (Jamaica Observer) The Bank of Jamaica (BOJ) is to spend more than $1 billion to produce the new banknotes which will be introduced in the island later this year.

In a release on Friday, the BOJ said while it could not disclose the exact cost of printing the new notes, it has spent US$7 million (just over $1 billion) per annum over the past three years to print banknotes.

“For the upgraded banknotes, the cost will initially be higher, given the significantly larger quantities to be ordered as the redesigned notes will fully replace the current notes over time — the new substrate, polymer that will be used; enhanced security features to combat counterfeiting; and the new designs for each denomination,” said the BOJ.

“However, the polymer substrate used will result in cost savings for the bank over time as the average useful life of the banknotes will increase by at least 50 per cent, thereby enabling the bank to order less banknotes and at a lower frequency in the future,” added the BOJ.