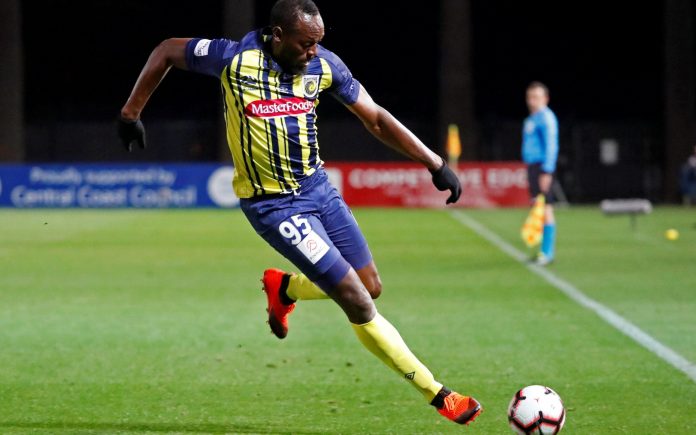 (Jamaica Gleaner) When sprinting legend Usain Bolt retired from athletics, he pursued his long-standing passion for football in Australia in 2018. Looking back at his experience, the 34-year-old says that he made an error in how he chased his dream of being a professional player.

Bolt was speaking recently at the Digicel Business Masterclass Series, which offers perspectives and insight from the country’s business leaders, as well as sharing personal stories of their path to success.

He participated in a two-day training stint with German club Borussia Dortmund in March 2018, and played in the annual Soccer Aid charity football match in England that June. Eventually, he travelled to Australia in August 2018 to join A-League side Central Coast Mariners for a trial. While his goal was to get away from the attention being drawn to him over his footballing pursuits, Bolt said that he wished that he had started in Europe instead.