Boost For Bermuda As S&P Affirms A+ Rating 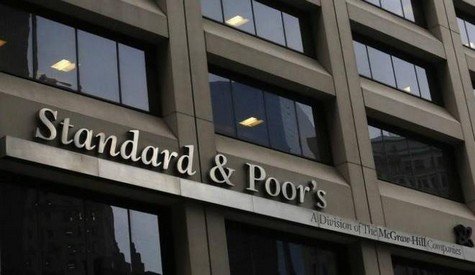 Dickinson said the international ratings agency had performed a review on the island’s sovereign creditworthiness in light of the Bermuda Government’s intention to issue government bonds.

“While there is an expectation that the overall debt level will have a modest increase, S&P considered our healthy current account surpluses and large liquid assets were sufficient to support us through an economic recovery next year.

“I am pleased to report S&P has affirmed Bermuda’s A+ long-term sovereign credit and senior unsecured debt ratings and importantly that their outlook remains stable,” the finance minister said.

Dickinson said a significant factor was the Government’s “prudent management of the COVID-19 pandemic which resulted in the safe and successful reopening of our economy, allowing businesses to reopen and people to go back to work”.

He said of note to S&P’s favourable outlook was the resumption of commercial flights and reopening of most non-essential sectors last month, which is expected to help to largely confine the negative impact of the pandemic to 2020.

The pandemic — which has claimed nine lives among 159 confirmed cases in Bermuda — has helped push the island’s national debt towards US$3 billion. Parliament has approved legislation to raise the debt ceiling by US$600 million to US$3.5 billion.

“The COVID-19 pandemic has had a significantly negative impact on our economy and continues to present a multitude of challenges, but this Government continues to persevere, adapt, and innovate to satisfy new demands for financial assistance, and to ensure that there are funds to execute the normal functions of Government,” he said.

“Whilst we recognise there is still much work to be done, we view S&P’s affirmation as a vote of confidence that Government’s people-centred approach to our financial obligations is correct and is motivation to work even harder to get the Bermuda economy back on track,” Dickinson said.

“I maintain that this positive rating is a result of a collective effort, and I want to take this opportunity to thank everyone who has played a role in helping the Government to get our economy going again.

“Whether it is by supporting our local businesses, creating new job opportunities, or instituting new training schemes to retool local workers, your efforts have not gone unnoticed and are greatly appreciated,” he added.

Government has paid out an estimated US$50 million to 10,000 laid-off workers — including 2,000 expatriates — as part of a benefits package initially set to last 12 weeks but was later extended to 18 weeks. Many returned to work after the international airport reopened on July 1.