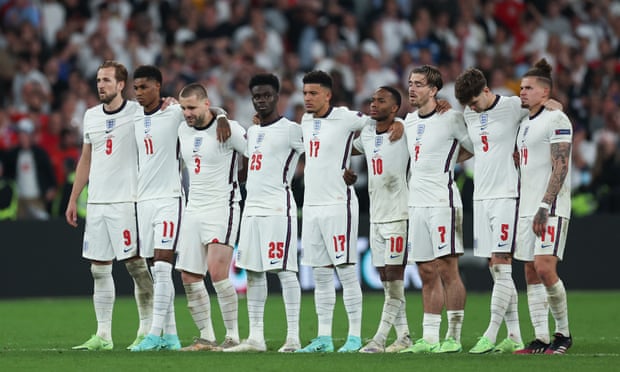 (The Guardian) Boris Johnson has condemned the “appalling” racist abuse on social media directed at a number of England players after their defeat to Italy in the Euro 2020 final. The Metropolitan police have also opened an investigation into the abuse.

The prime minister tweeted his condemnation on Monday morning after the Football Association issued a statement shortly after the game finished describing “disgusting behaviour” among some fans online, and urging police to implement “the toughest punishments possible”.

Johnson wrote: “This England team deserve to be lauded as heroes, not racially abused on social media. Those responsible for this appalling abuse should be ashamed of themselves.”

The Labour MP David Lammy also criticised the racist abuse targeted at three players, Marcus Rashford, Jadon Sancho and Bukayo Saka, who failed to score their spot-kicks in the penalty shootout, resulting in a 3-2 loss to Italy at Wembley.