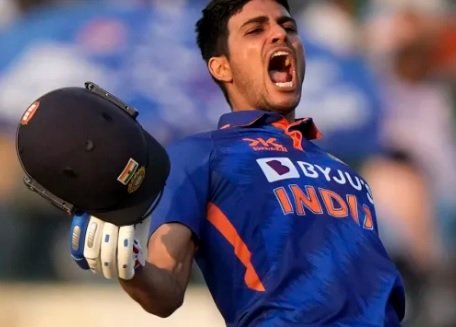 (ESPNcricinfo) – As they waited for the final DRS review of the match – a mere formality – Shubman Gill and Michael Bracewell shook hands and congratulated each other. They had batted superbly to set up a modern classic. Gill became the youngest double-centurion in ODIs before Bracewell made a game out of a chase of 350 from 130 for 6 with a sensational 140 off 78 balls. Eventually New Zealand were within two sixes – Bracewell had hit 10 already – of levelling scores when they lost their last wicket with four balls to go.

Gill’s place in India’s ODI side was questioned because the batter who replaced him when he was resting scored a double-hundred, and he responded one of his own after making 70, 21 and 116 in his first three innings since his return. This wasn’t the easiest of tracks for batting: the next-best score was Rohit Sharma’s 34, and India’s 349 for 8 was the lowest score in any ODI innings to feature a double-century.