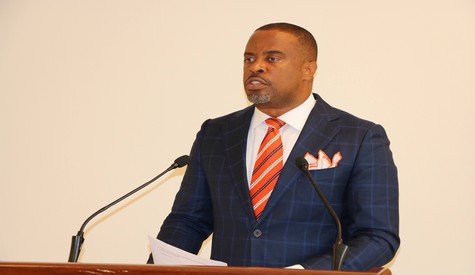 St. Kitts and Nevis (WINN): Despite reports by Premier Mark Brantley that Nevis is not getting its ‘fair share’ of CBI revenues, Prime Minister and Minister of Finance, Dr. Timothy Harris says more than $260 million has been pumped into the coffers of the Nevis Island Administration since Team Unity took office in 2015.

Prime Minister Harris at his press conference on Thursday, provided a report on monies disbursed from the federal public purse to the Nevis treasury.

“We are the first federal government to provide periodic transfer of resources to the Nevis Island Administration. Over the last six years, our budgetary transfers to the NIA have exceeded $260 million,” Prime Minister Harris explained.

The Finance Minister said the federal government has “paid double salaries to the public sector workers on Nevis for example the employees of the NIA, NEVLEC, [and] NASPA, in the same manner, that we have done for those on St. Kitts.”.

Premier Brantley at his press conference on October 06, 2021, argued for Nevis’ fair share of the CBI revenue and further questioned “how much does St. Kitts get”?

“Is Nevis satisfied with its share? The answer is no and the answer is going to be no until we have a resolution of the issue between the federal government and the NIA about the share of CBI receipts,” Premier Brantley said.

The CBI program in St. Kitts and Nevis was launched in 1984 and grants citizenship and a passport through donation or real estate investment to qualified applicants.