Brantley: Would Like The Vote From Overseas Residence, But Reality Dictates Otherwise 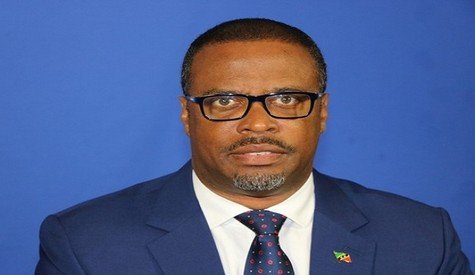 St Kitts and Nevis (WINN): With COVID-19 still lurking around the Federation, there are a few no’s that will accompany Friday’s General Elections.

With the country’s borders closed, It has been confirmed that there will be no regional or international Election Observer Missions coming in.

It’s expected that they will be missed since one of their activities on island is to monitor the poll in order to ensure that it is free and fair.

WINN FM has been reporting on that development.

The other issue is voting by nationals based overseas.

“I would want to say to our people overseas, they have no greater champion than Mark Brantley and the CCM in terms of their rights. And we have stood up and we have said so publicly and privately that they ought to have the right to vote.”

Premier Mark Brantley, who is also the Federation’s Foreign Affairs Minister, says he would have liked to see Kittitians and Nevisians residing overseas taking part in Friday’s General Elections.

However, Brantley says because of the safety issue connected with COVID-19, that won’t be possible this time around.

“The question that we had to deal with is how do we manage to make them a part of the process and still keep them safe and keep our people at home safe. And the technical advice we got again from the health people is that if we have to err we should err on the side of keeping our people safe. The danger with the overseas vote right now is that it is dangerous for those people coming in cause they have to get in planes with others… and it’s a further danger for us on the ground that God forbid, that somebody coming in tests positive for COVID and you have again now another round of lockdown when we feel that we have done so good and we have a light shining at the end of the tunnel now in terms of looking forward, post-COVID, country slowly starting to reopen. So what I will say about the overseas vote, CCM has a lot of support overseas and a lot of that support is also in epicenters like New York City, CCM has taken the decision as a party that the safety and security of our people whether at home or abroad is paramount for us.”

Mark Brantley’s Comments were made on the Real Talk Corner Show.