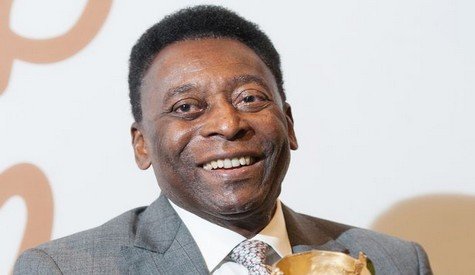 (Al Jazeera) The Brazilian football legend Pele has been diagnosed with a respiratory infection but remains in stable condition, according to a medical report released on Friday. The 82-year-old was admitted to the Albert Einstein hospital in Sao Paulo, Brazil, on Tuesday.

“The medical team diagnosed him with a respiratory infection, which is being treated with antibiotics,” the hospital said in a statement. “He is stable and his health is showing general improvement. [He] will remain in the hospital in the coming days to continue treatment.”

Pele, whose real name is Edson Arantes do Nascimento, is considered by many to be the greatest footballer of all time. He is the only player to have won three World Cups, helping win the trophy for Brazil in 1958, 1962 and 1970.

But the former star has been contending with health issues, including continuing cancer treatments, for years, receding from public life as his condition becomes more fragile.

Pele had a tumour removed from his colon in September 2021. His most recent hospitalisation comes as part of “a reevaluation of the chemotherapeutic treatment of the tumor”, the Albert Einstein hospital said in a statement.

Pele’s daughter, Kely Nascimento, has sought to quell concerns about the hospitalisation, which came as teams completed in the 2022 World Cup, one of football’s biggest sporting events.

“Hi my friends. Lots of alarm in the media today concerning my dad’s health,” she wrote in a post on Wednesday to the social media platform Instagram, adding, “There is no emergency or new dire prediction.”

Fans and well-wishers have voiced their support for the football star, including many from Qatar where the World Cup is taking place. Fans unfurled a giant flag with his image in the stands of Lusail Stadium on Friday, and the star’s picture was also projected onto a building in Qatar with the message “Get well soon”.

Pele himself has remained active in recent years on social media, and on Thursday, he thanked fans and well-wishers for their messages. “It’s always nice to receive positive messages like this. Thanks to Qatar for this tribute, and to everyone who sends me good vibes!” he wrote on Instagram.

The current Brazilian team is hoping to build on Pele’s legacy of World Cup success. They are considered favourites to win this year’s tournament and have qualified for the round of 16, set to begin December 3.