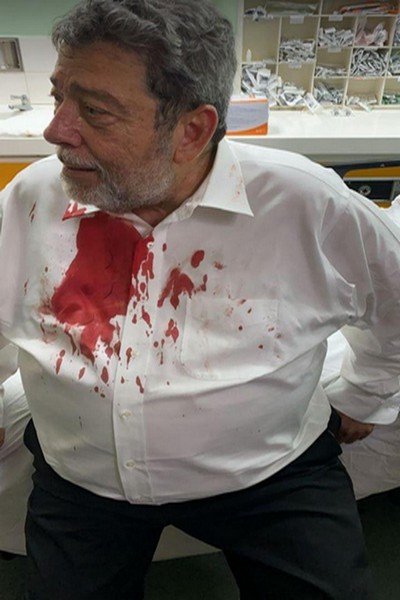 (WINN): KINGSTOWN, St. Vincent and the Grenadines  Prime Minister Dr. Ralph Gonsalves is receiving treatment after being injured by an object thrown by a protester this afternoon in the capital.

Protests erupted in Kingstown against the amendments to the public health bill and mandatory vaccination.

Widely circulated videos show Gonsalves being struck on his way back to Parliament and being shielded by police and army officials.

Dr. Gonsalves was bleeding from the head but preliminary reports suggest that his injuries are minor.

Police in riot gear are currently attempting to control protesters on the streets of Kingstown.