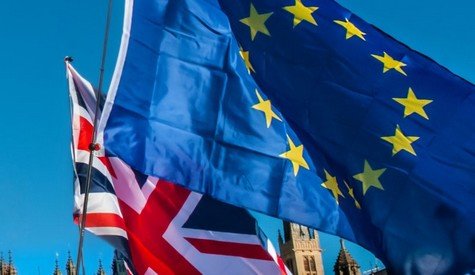 (The Guardian) Home Office rules that could put millions of EU citizens at risk of job losses or deportation after Brexit have been found to be unlawful by the high court.

If they did not, they would automatically lose their rights to reside, work, rent property or access services including the NHS, under Home Office rules.

But in a ruling handed out on Wednesday in the high court, Justice Lane described the rule as “wrong in law and that the EU settlement scheme is accordingly unlawful” as it “purports to abrogate the right of permanent residence”.

Lane ruled that a right of residence could only be lost in very specific circumstances that were clearly defined in the withdrawal agreement.

The loss of rights because someone failed to apply to upgrade from pre-settled status to settled status was not one of those circumstances, Lane said.

But only the UK and Slovenia required citizens to make a second application to remain if they had been in the country for fewer than five years, the court was told.

Under the Home Office rules, if any of those with “pre-settled status” did not apply to upgrade their status to “settled status” after being in the country for five years they would automatically lose their rights to reside, work, rent property or access services including the NHS. They were also liable to deportation.

Lane said he had “no reason to doubt” that the Home Office would support vulnerable people with pre-settled status but that the withdrawal agreement “precluded” the Home Office from imposing a requirement for further leave to be in the country as a “condition for retaining such rights”.

He said: “If the defendant is right, a very large number of people face the most serious uncertainty.”

The Home Office minister Lord Murray said the government took its “obligations to securing their [EU citizens’] rights in the UK very seriously. The EU settlement scheme goes above and beyond our obligations under the withdrawal agreement, protecting EU citizens’ rights and giving them a route to settlement in the UK.

“We are disappointed by this judgment, which we intend to appeal.”

The judicial review of the Home Office’s interpretation of agreement had been taken by the Independent Monitoring Authority, a statutory body set up to protect EU citizens’ rights in the UK.

The IMA chief executive, Kathryn Chamberlain, said she was “pleased that the judge has recognised the significant impact the issue could have had on the lives and livelihoods of citizens with pre-settled status in the UK”.

“When we brought this judicial review, our intention was to provide clarity for citizens with pre-settled status, of which there were over 2.4 million when we filed this case in December 2021. This judgment that the current system is unlawful provides that clarity,” she added.

The campaign group the3million said: “We strongly welcome this judgment, which stands to protect vulnerable citizens who are granted pre-settled status under the EU settlement scheme, and who could lose their right to work, rent, travel, benefits, healthcare and more – just for not making a further application in the years ahead.

“We are pleased that the judge agrees with the3million that the point of the EU settlement scheme is to create a clear distinction between those who are beneficiaries of the withdrawal agreement and those who are not. Once a beneficiary, people cannot lose their rights just by forgetting to make a second UK immigration application – the withdrawal agreement does not allow it.”

The group, which supported the case, said such a rule would impact some of the most vulnerable in society including children and elderly in care, victims of domestic abuse who did not have paperwork and those who for one reason or another led chaotic lives.

According to Home Office quarterly figures in September, 2.7 million of 6 million EU citizens granted status to remain in the UK post Brexit had “pre-settled status”.