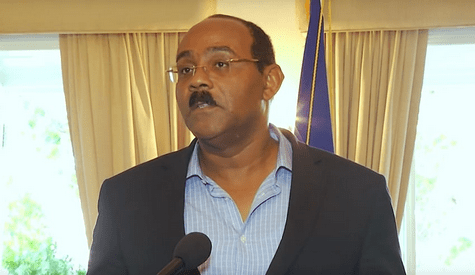 (Dominica News) Antigua and Barbuda’s Prime Minister, Gaston Browne, has accused his regional counterparts in St Vincent and the Grenadines and Barbados of discriminating against the new LIAT.

On Friday, LIAT announced a suspension of services to these destinations, less than a week after restoring its commercial passenger flights.

A scheduled flight to Barbados was made on Monday but LIAT says they have since been informed by both territories, that new arrangements must be made for entry into the countries.

Browne said over the weekend that the situation is very unfortunate and signalled a deliberate effort to undermine the work ahead to have a successful return of the regional carrier.

“It’s is an unfortunate development that these impediments are developed. Notwithstanding the fact that LIAT has valid flight approval to fly into these countries. LIAT is not a new carrier, they have been flying for decades,” he said.