Browne Sticking to His LIAT 2020 Plan 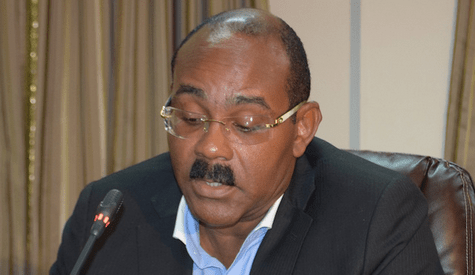 St Kitts and Nevis (WINN): Antigua and Barbuda’s Gaston Browne has been explaining why he wants to see a new LIAT formed after the regional airline is liquidated.

Speaking in Parliament last Saturday, Prime Minister Browne sought to get the House to focus on proposed legislation to put in place options to allow a company to move forward even after liquidation.

He made it clear there that he has in mind in the first instance, being able to ensure that the current proposal to liquidate LIAT does not mean the end of the regional airline as has been recommended by the airline’s Board of Directors and major shareholders.

According to Prime Minister Browne, the kind of liquidation favoured by the major shareholders would see the bulk of LIAT’s assets lost.

The Antiguan Leader is of the view that the Major shareholders of LIAT are moving in the wrong direction.

He remarked being disappointed in Vincentian Prime Minister Ralph Gonsalves in particular.

However Prime Minister Ralph Gonsalves suggested on Wednesday that Prime Minister Brown is the one who has misunderstood the position taken by the major shareholders.

Gonsalves also indicated that he is attempting to get a meeting Browne wants organized to present his LIAT 2020 plan, after an earlier meeting this past Monday failed to materialize.