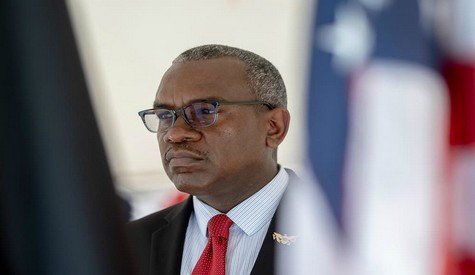 (VI Consortium) Governor Albert Bryan announced during his Monday Covid-19 press briefing that his administration is considering the implementation of universal mask wearing, a move aimed at strengthening the territory’s Covid-19 protocols, with Mr. Bryan stating he does not want to shutdown the territory again. Another shutdown would be the third such action since the pandemic took hold in March.

Mr. Bryan said the plans were not finalized, and that discussions were ongoing, “but let’s start now,” he said. Universal mask wearing means, according to the governor, “the minute you leave your house, your mask needs to be on.”

The territory reopened to leisure guests on Saturday and travelers are already pouring in. To that end, Mr. Bryan also spoke of the government’s ability to conduct mass testing at the territory’s airports in the coming weeks. He said soon the USVI will be able to test hundreds of individuals deboarding aircrafts, and that while the testing comes at price, it would be subsidized for locals, with Virgin Islanders paying under $50 for a test. Mr. Bryan did not say how much the tests will cost tourists.

The mass-testing effort has entered its pilot phase, said the governor, who revealed that 34 tests were performed at the territory’s airports over the weekend: 6 at the Cyril E. King Airport and 29 at the Henry E. Rohlsen Airport.

“As a result we identified and isolated a Covid-positive traveler, who was a local Virgin Islander returning to the island of St. Croix,” Mr. Bryan said.