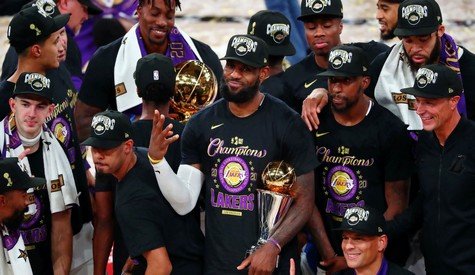 This season, for LeBron James and the Los Angeles Lakers, had it all. And it ended in the only fashion that they deemed would be acceptable, with them back atop the basketball world.

For the first time since Kobe Bryant’s fifth and final title a decade ago, the Lakers are NBA champions. James had 28 points, 14 rebounds and 10 assists, and the Lakers beat the Miami Heat 106-93 on Sunday night to win the NBA Finals in six games.

Anthony Davis had 19 points and 15 rebounds for the Lakers, who dealt with the enormous anguish that followed the death of the iconic Bryant in January and all the challenges that came with leaving home for three months to play at Walt Disney World in a bubble designed to keep inhabitants safe from the coronavirus.

Log on to our audio stream for the People's Action Movement Convention 2021.mixlr.com/winn-media ... See MoreSee Less

WINN FM 98.9 began operations in St Kitts and Nevis in May 2002. The station’s objective is to face the issues squarely, without shying away from controversy, while striving continuously to provide ...
View on Facebook
· Share

Statement From The CDB President On The Eruption Of The La Soufrière Volcano - www.winnmediaskn.com/?p=11092 ... See MoreSee Less

Statement From The CDB President On The Eruption Of The La Soufrière Volcano - https://www.winnmediaskn.com/?p=11092

St. Kitts and Nevis Pledges EC$1 Million To St. Vincent And The Grenadines, US$20,000 For Regional Assistance Fund - https://www.winnmediaskn.com/?p=11081