“Building a Fairer, Healthier World” in the Midst of a Pandemic 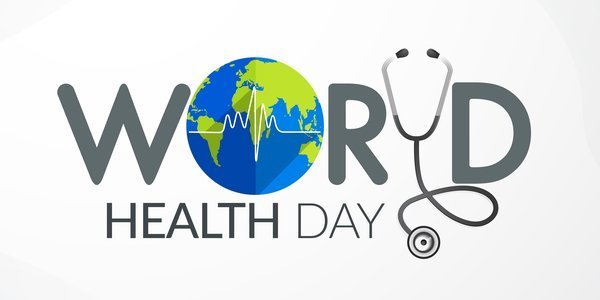 St. Kitts and Nevis (WINN) – “Building a fairer, healthier world”, is the 2021 theme for World Health Day celebrated every year on April 7.

This year’s observances are being held after a year-long, global pandemic which seems determined to continue, according to projections from the Institute for Health Metrics and Evaluation.

In the best-case scenario (which included universal mask-wearing even with vaccinations) data showed a drastic decline in infections.

In the worst-case scenario (slow vaccine roll-out, easing of restriction, and relaxing the wearing of masks) a steady rise in cases and deaths are projected.

As a result of COVID-19, the triumphs and failures of healthcare systems everywhere were made to stand center stage.

No one was prepared for a pandemic of this magnitude as evidenced by the millions infected and even worse the millions dead because of COVID-19.

According to the World Health Organisation, “COVID-19 has hit all countries hard, but its impact has been harshest on those communities which were already vulnerable, who are more exposed to the disease, less likely to have access to quality health care services and more likely to experience adverse consequences as a result of measures implemented to contain the pandemic.”

Women have reportedly been the hardest hit demographic during this pandemic.

According to International NGO Oxfam, millions of women and girls have been pushed into extreme poverty since the declaration of the pandemic.

“Worldwide, 740 million women work in the informal economy, and during the first month of the pandemic their income fell by 60 percent.”

An increase of up to 33 percent in intimate partner violence has been reported in some countries.

Women are the hardest hit and the demographic often turned to when men are unable to meet the demands.

Prime Minister of Barbados and Co-chair of the One Health Global Initiative Mia Mottley spoke about the relevance and importance of this day in the context of the Caribbean region with an old proverb, “Peter pays for Paul and Paul pays for all.

“… and I start here… because it is in the recognition that this is a collective battle that we will win the victory. We have come together, globally, to try and fight a pandemic. But we have to ask ourselves whether we did it insufficient time and on a sufficient scale… In the Caribbean, our journey has been torturous.”

Mottley went on to describe a harsh reality as it relates to the Caribbean’s viability as a significant market in the purchasing of pharmaceuticals.

“… the [reality] is that our market size in many instances is simply too small to command the attention of global pharmaceutical companies or indeed of other suppliers of goods in the normal supply chain that will lead [to] therapeutics distribution, vaccine distribution. And the bottom line is that we have also, separately, been regarded by the global community as countries that have come out of the depths of poverty and therefore not deserving of assistance in the traditional ways normally reserved for the most vulnerable.”

Inclusivity and Transparency were two things highlighted by Mottley as key to bringing the region out of its current health crisis and inequality.

“The Caribbean more than most has in the post-independence era determined that for us to leave anyone behind is a travesty, because our modern settlement was based on discrimination and exclusion, and therefore the reality and the imperative of inclusion as well as transparency are absolutely vital if we are to bring our people out of these difficult times… Finally better data collection and reporting in countries so that we know where the health [inequalities] are and can address them.”

Non-communicable diseases (NCD) account for 83 percent of death in St. Kitts-Nevis. Regionally, according to a report by the Pan American Health Organization between 2006 and 2016, “39 percent to 67 percent of all deaths in 22 countries and territories, and more than half of the deaths in 17 of them were caused by NCDs.”

Health officials have reported that people with underlying conditions including non-communicable diseases (NCDs) – including heart disease, cancers, hypertension, obesity, and diabetes – who are infected with COVID-19 are at higher risk for becoming severely ill or dying from the virus. They are more likely to require hospitalization, ICU admission, and the use of ventilators.

Thus, the inclusion of people with underlying conditions in the earlier roll-out of vaccinations.