Busy season ahead for Sugar Boyz; preparing for upcoming competitions 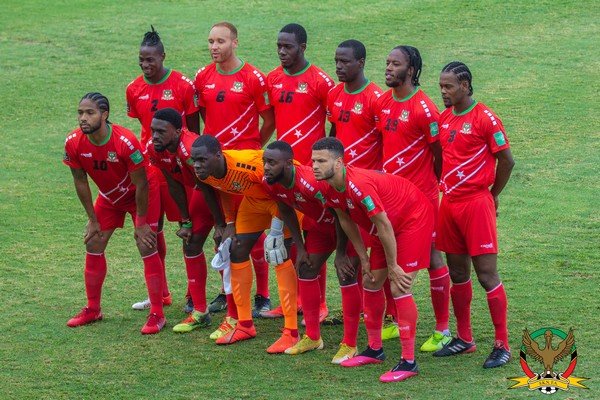 St Kitts and Nevis (WINN): The St Kitts and Nevis Young Sugar Boyz Under 20 Team have begun preparations for the CONCACAF Under 20 Championship being hosted in Honduras in the next 3 months. The team has been undergoing robust training since late 2021, to ensure quality performances in the upcoming championship which is set to commence on June 18, 2022.

The boys’ training has been progressing very well. We are now ramping up where we are at the strength and conditioning stage of the programme. The players are now really in-tuned and more focused, as the group stage has now been put in place.”

The Sugar Boyz has been placed in Group E along with Canada, the United States, and Cuba. Coach Welsh said, from where the boys were at the start of the training until now, he has seen the progression and the development of players individually.

Meanwhile, the St Kitts and Nevis Senior Men’s Squad is set to compete in an international friendly match against Andorra to be played in Andorra on March 25. They too are undergoing intense training, where emphasis is being placed on strong defence, according to Head Coach, Mr. Austin Huggins.

“We wanna ensure that we are strong defensively because if you can score two goals and can’t defend two goals then, you will lose, so most of our tactics right now is geared towards being more strong defensively; getting the midfield and the defensive line organised, so that they can move together as a team; also, getting the strikers to work harder [and] preventing the opponents from coming forward, more so the defenders, so that everyone can play their role in defence.”

The 20 man Squad has been named and is made up of players from across various football clubs in St Kitts.