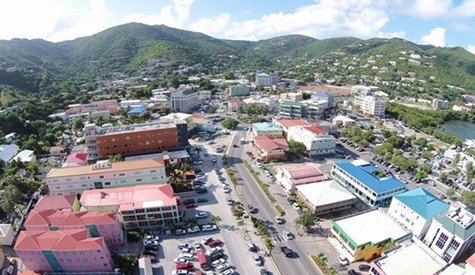 St. Kitts and Nevis (WINN): The counter-proposal made by the British Virgin Islands’ New National Unity Government wins out against the temporary partial suspension of the local constitution recommended in the Commission of Inquiry (COI) Report published in April.

“I can inform you this morning that UK Ministers have agreed to the proposal submitted by the Government of National Unity. The Premier and Government of National Unity have shown the will and commitment to [improving] governance in the BVI. Therefore it is right that elected officials here should have the opportunity to implement the COI recommendations,” announced Governor-General, His Excellency John Rankin, during a press conference on June 8.

The proposal was submitted in May and is based on the 49 recommendations of the COI Report, which outlined means and a timeline in which the recommendations will be carried out by the National Unity Government, instead of the United Kingdom, but under strict conditions for the proposal’s implementation.

“To ensure these commitments are kept, the proposal, therefore, contains a number of conditions surrounding implementation. In particular, it contains a set of strict delivery milestones.  Regular public updates against these milestones will be provided, with each BVI Government ministry and their departments providing monthly delivery reports, and I will formally assess progress every three months before sending a quarterly update to the Foreign Secretary.  This will continue throughout the full period of COI implementation, which is estimated to be two years.”

The National Unity Administration has two years to carry out government reform.

What happens if the conditions are not met?

The simple answer, the suspension of the constitution remains on the table. The United Kingdom, through the eye of the Governor-General, will be closely monitoring the implementation of the recommendations in the proposal.

The Governor-General said, “If the Government of National Unity, or any subsequent government, fails to deliver any of the milestones without reasonable justification, or I assess that progress is being frustrated in any way, the UK Government and I will take action to protect the interests of the people of the BVI.  That includes the continuing option of temporary suspension of the House of Assembly and Cabinet, with a temporary Governor-led Interim Administration, assisted by an Advisory Council, to drive forward the implementation of any outstanding recommendations.”

Governor Rankin continued, “The UK Government has put in place the framework to do this through an Order in Council.  This is the procedural Order put before the Privy Council of the UK, which is required in order to make changes to the Constitution of the BVI.  This will allow the Foreign Secretary to swiftly provide me with the powers needed to take corrective action if progress against the milestones is unsatisfactory.”

The Premier, Dr. Natalio Wheatley, in his response to the decision by the United Kingdom, emphasised that while they have the opportunity to continue as a democracy, change is coming, and it will be hard.

“I want to be clear. Change will be hard. It will be painful in some instances. People we know and care about will be affected. However, in the end, it will be for the betterment of these Virgin Islands.”

According to Dr. Wheatley, the proposal included additional measures outside of what was recommended in the COI Report.

“We welcome UK Ministers’ agreement with our final proposal for the implementation of the COI Report recommendations and other reforms. As a Government, we will work closely with Governor Rankin and in the spirit of partnership with the United Kingdom to deliver for the people of the Virgin Islands. Our success will be the result of doing the hard work of reforming our institutions and systems of Government and engendering a new culture in the handling of the peoples’ business. We are confident and believe it is in the best interest of the people of the Territory that all concerned do their part to make reform a success.”

The implementation does not stand wholly at the feet of the new rendition of the BVI Government but with collaboration between the government and the head of state, Governor-General Rankin.

The proposal can be found here: https://bvi.gov.vg/content/proposal-framework-implementation-recommendations-commission-inquiry-report-and-other.