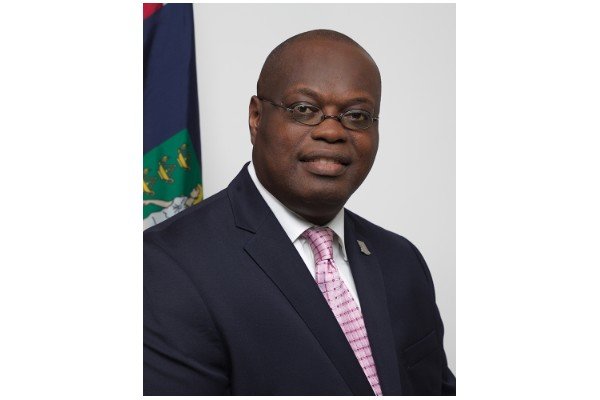 St. Kitts and Nevis (WINN): Two Caribbean territories are in the midst of political transformations as Motions of No Confidence have been brought for resolution.

The most recent one filed was yesterday (May 5) in the British Virgin Islands against the now-former Premier Andrew Fahie following his arrest in Miami on charges of conspiracy to import cocaine into the United States and money laundering.

The MONC was filed, moved in the House of Assembly, and passed on the same day, followed by the immediate swearing-in of the new National Unity Government in the country, but not without incident.

Before the motion, the former Speaker of the House of Assembly in the BVI, Mr. Julian Willock, said there were discussions on whether the motion could be filed.

“There are those in the academic world and also those in the legal world who have mentioned to me whether the Motion of No Confidence against Andrew Fahie whether he has legal standing. The question becomes, can you bring a Motion of No Confidence against yourself because at the motion was brought, Andrew Fahie was the Premier. But they have sought and received the advice of the Attorney General, and I think their advice was… that you can bring Motion of No Confidence in one person to remove that person from office. So I am guided by the wisdom of those who are legally experienced in these constitutional matters,” the former Speaker made those remarks during the Regional Link Up between WINN and Observer Radio in Antigua.

Willock said that former Premier Andrew Fahie’s actions in Miami made it easier for his removal.

“It certainly adds a lot of fuel to say, Aha; we got you now, see, we said this all along, here it is that’s happening by one individual, and unfortunately, it’s the former Premier. So it has certainly added more fuel to the fire. And it’s left the BVI a little vulnerable. Andrew Fahie’s alleged behaviour has left the BVI vulnerable and given the United Kingdom almost all the negotiation tools, and that’s why you know, some people had to be sacrificed,” said the former Speaker, referencing his dismissal.

Willock suggested that the timing of Fahie’s arrest worked in favour of the United Kingdom.

“The timing of the [former] Premier’s arrest was a feather for the British to say to the world, not just the BVI to say to  the world, “Uh-huh, I told you so.” You know, so it was it came at a time that it was best for them, not for us.”

The second territory is the Federation of St. Kitts and Nevis, where six of nine members of the Team Unity Administration, a historic coalition, filed a MONC in the leadership of Prime Minister the Hon Dr. Timothy Harris.

That motion was filed on April 25 with a constitutional requirement that the motion be heard within twenty-one days of filing to the National Assembly.

The Speaker of the House, the Hon. Michael Perkins has stated that he is seeking independent legal advice on the motion, and a date for hearing the motion moved in the National Assembly has not been set.

During his interview, the former BVI Speaker, who described Prime Minister Harris as a friend, said the current situation was unfortunate because of the model set politically by the Team Unity Coalition.

“What happened in St. Kitts and Nevis is tragic. It’s unfortunate. They lasted for the first five years, and then after that, you know, problems creep in, but many people around the region looked at that Team Unity Government as a future model to reduce political tensions in the region and then one’s country, and it’s unfortunate what is happening. I am predicting, and this is with having no conversation from the Prime Minister, I am predicting that people will be going to the polls soon,” Julian Willock, the former Speaker of the House for the BVI.

Meanwhile, Fahie indicated that he would plead not guilty to drug smuggling and money laundering charges during his pre-trial hearing in Miami, Florida.

The Public Defender representing Maynard, Michael Caruso, filed documents on May 5 stating that any contact with Maynard “must be made through the defendant’s lawyer.”