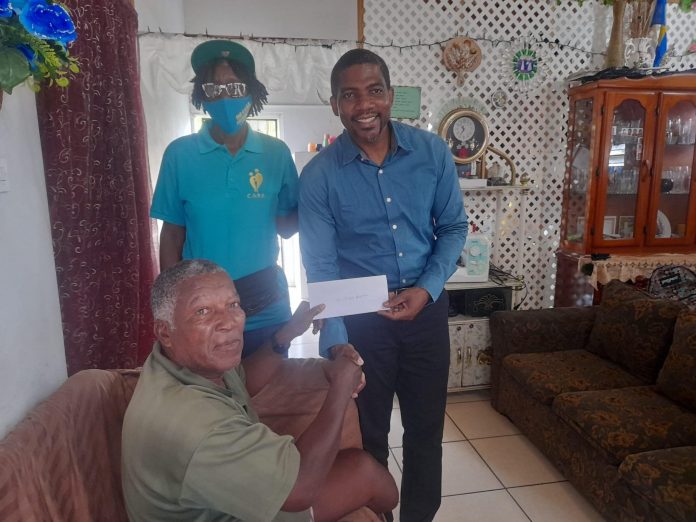 St Kitts and Nevis (WINN): The Compassionate Action to Reach and Empower- C.A.R.E Foundation founded by Dr. Terrence Drew is celebrating its first anniversary, since its launch on April 17, 2021.

In a statement released by C.A.R.E Foundation, “It was exactly one year ago that the Foundation enjoined the people of the Federation of St. Kitts and Nevis to form a “Coalition of Kindness” committed to spreading goodwill, compassion and caring throughout the communities of our twin-island paradise in its five priority areas:

The statement further mentioned, ” As part of its commemoration activities the C.A.R.E. Foundation endowed four deserving beneficiaries with medical assistance in the amount of USD $500 (EC $1,350) each to facilitate their ongoing medical care.”

The beneficiaries of the 1st Anniversary Endowment are, Ms. Jovanna Merritt,

Since its inception, the C.A.R.E Foundation has engaged in several other outreach initiatives such as providing food relief to distressed families and also to students studying in Cuba. Most recently the CARE Foundation distributed Lenovo and Samsung Chromebooks to several students in both St Kitts and Nevis.

Dr. Terrance Drew said, “I was inspired to establish C.A.R.E. to bring hope to those in need and to let them know that they can find support and strength from the people in their community. It is my intention that wherever there is a need, C.A.R.E. will do its utmost to be there and to lend a helping hand, by providing emergency individual assistance, as well as in the pursuit of larger projects such as the establishment of the National Food Bank.”

The Board of Councillors and Volunteers of the C.A.R.E. Foundation extends profound gratitude to the generous cadre of donors, businesses, suppliers, farmers and community organisations who have supported the Foundation selflessly over the last twelve (12) months.