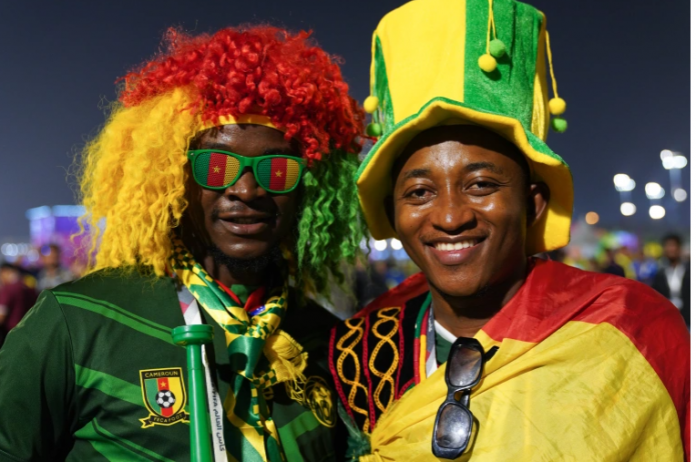 (Al Jazeera) They might not have made it through to the next stage of the World Cup tournament but Cameroon’s supporters departed Lusail Stadium in Qatar knowing their team had made history by beating Brazil.

Capping a series of stunning upsets football fans have now become accustomed to at the Qatar 2022 World Cup, Cameroon delivered a shock 1-0 defeat to Brazil on Friday night – the first time an African nation has beaten the Brazilians at the World Cup.

Brazil has won all seven previous meetings with African teams at the World Cup, including beating Cameroon in 1994 and again in 2014.

But the historic victory was not enough for Cameroon to qualify for the next Round of 16 after securing third place in Group G behind Brazil and Switzerland, who defeated Serbia 3-2 in the other final group match on Friday.

“We feel great, don’t you feel great? It is so satisfying. I’m very happy. We finally beat Brazil,” John Epanty, who is from Cameroon, told Al Jazeera after the match.

“Brazil is one of the best teams in the world. If you’re looking for a consolation win, you want this victory,” he said.

Fellow Cameroonian Caleb Williams predicted celebrations would go on all night back in Cameroon.

“They are already drinking and will be till morning,” Williams said. “I mean, we took out Brazil, that’s huge,” he told Al Jazeera.

The winning goal from Vincent Aboubakar came in the closing 92nd minute of the game and apart from bringing victory, it also electrified supporters of the Indomitable Lions at Lusail Stadium who had likely expected the game to end in a draw.

After the match and though few in number, the Cameroon supporters made the very best of the special moment, singing the praise of their team while media cameras swarmed to record the aftermath of the historic win. Brazilian fans joined in the celebrations too, knowing they lost but had already qualified for the next stage which will see them face South Korea on December 5.