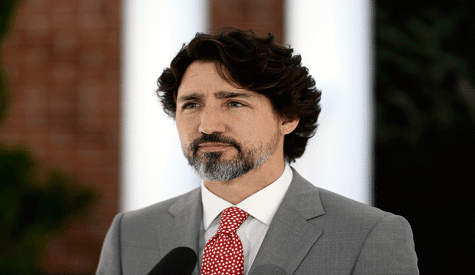 (CNN) Canadian Prime Minister Justin Trudeau says his government is trying to give all workers a minimum of 10 days paid sick leave per year as Canada starts to prepare for a possible second wave of the pandemic.

“Nobody should have to choose between taking a day off work due to illness or being able to pay their bills. Just like nobody should have to choose between staying home with COVID-19 symptoms or being able to afford rent or groceries,” Trudeau said during a press conference from Ottawa Monday.
The effort is complicated by the fact that sick leave is usually a provincial jurisdiction. Trudeau said putting the necessary mechanisms in place for a national paid sick leave program would be challenging but his government and the provinces are determined to try.

“When the fall comes and flu season starts up we don’t want people who develop a sniffle to suddenly worry that while they really shouldn’t go into work but they can’t afford to not go into work and therefore the risk of contributing to a wave significantly, could be a real problem,” said Trudeau.

Canada’s top doctor repeated her assertion Monday that a second wave of the virus could be worse than the first and encouraged public health officials to build up capacity for testing, hospital beds and PPE in order to prepare.

“I think you can never be overly prepared and we have to just keep going with some of these capacity developments and that goes for lab testing as well,“ said Dr. Theresa Tam, Canada’s chief public health officer.