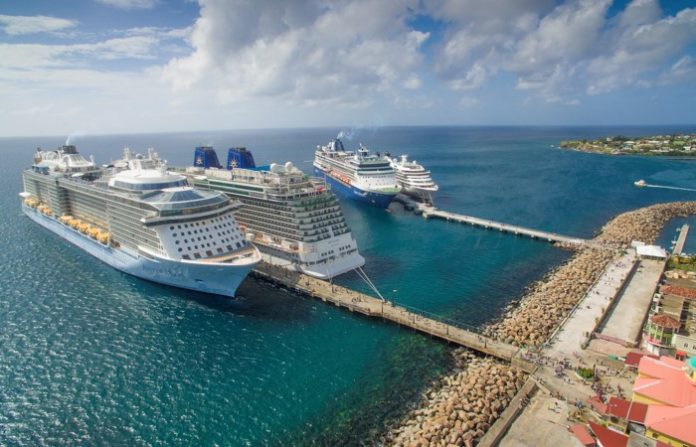 In an update on the cruise sector, the Hon Lindsay Grant, Minister for Tourism, Transport and Ports, reported that from the first call of November to yesterday (November 18) that some 23,040 passengers disembarked from the ships.

So far, the restart of the cruise sector in the Federation has seen some 27,711 passengers come to our shores, with a sharp jump from the start of the 2021-2022 cruise season in October to November.

Additionally, the expected calls from November and December have increased, with December 16 seeing six cruises docked on our shores. Initially, the minister reported that there would be 27 calls in November, now they are expecting 31, and December will see a seven call increase to 58 calls.

“With this growth, we continue to expand our tour offerings to include more of our nationals so that we can spread the dollar more around. We have approved eleven independent operators who have bookings online and are able to go to Port Zante and meet their guests and facilitate their tours. These include ATVs, the dune buggies, open-air safaris, excursions to travel approved sites and rainforest hikes, full island and panoramic tours. We continue to inspect sites and beaches to the list of travel approved sites and locations, and we have added Cockleshell Beach, Spice Mill, and Reggae beach and Frigate Bay Beach in the Vybes Beach Bar area; to our offerings.”

The Minister said he engaged the taxi associations on Thursday, in a four-hour discussion to address some of the complaints the independent taxi and tour operators have been reporting.

Grant also mentioned that the work is being shared based on the ministry’s data.

“We currently have 125 independent taxi operators who are travel approved, and 113 of those are approved to work in the cruise sector. For the period September 14 to November 18, 2021, we have dispatched of control and 54 jobs to them… but I want to point out that on Wednesday, November 17, on that three ship day, Kantours dispatched 156 persons, but 140 of the 156 dispatched by Kantours were done by the Liamigua Taxi Association. So it’s been spread around; it’s not only the big fish, as we say. The small individual taxi operators are getting their due worth,” reported Minister Grant.

CEO of the St. Kitts Tourism Authority (SKTA), Racquel Brown, emphasised that this restart is about balancing economic and safety and she said she feels they are doing the best they can for now.

“So what we’re doing in our humble opinion and working with the Task Force is maintaining the balance with engaging the economics for our country, but also managing health. We believe that we can handle it. The team was really tested and will continue to be tested. We’re not perfect, but we’re working through the process,” said the SKTA CEO.