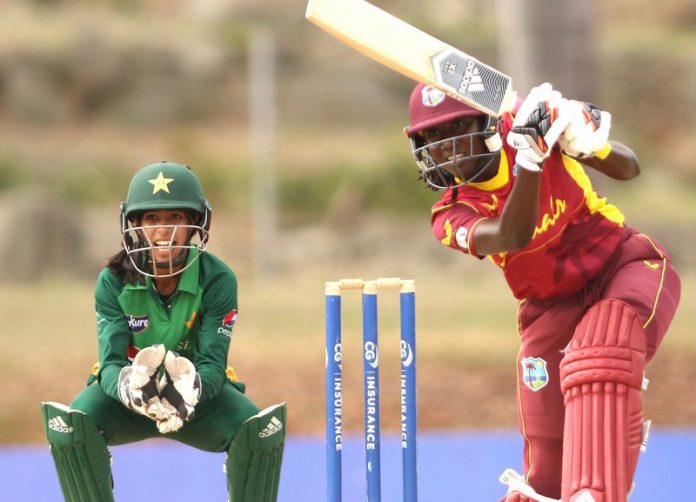 (Windiescricket.com) – West Indies captain Stafanie Taylor continues her amazing showing on the international stage. The stellar allrounder has been voted the winner of the ICC Player of the Month for July 2021. Taylor was the standout performer for West Indies in the CG Insurance ODI and T20I Series against Pakistan, in Antigua as she led the side to victory in both formats.

She was nominated for the award alongside team-mate Hayley Matthews and Pakistan’s Fatima Sana, but her all-round performance in the series helped her claim the most votes. In four ODIs, Taylor scored 175 runs with a strike-rate of 79.18 and a top score of 105 not out. She and also picked up three wickets at 27 apiece at an economical 3.72. She also picked up four wickets in the T20Is at 13, and a stunning economy of a mere 5.56 runs per over.

“This is a bit surprising to me, winning ICC Player of the Month award for July, but I’m happy. It shows that the hard work you put in, will pay off and it did, against Pakistan, to help us win that series. We played well in both formats,” Taylor said.

“I’m over in England now playing in The Hundred, which is a different kind of competition, played at a faster pace, but I’m still working hard. We’re also looking forward to the series against South Africa at home, and we will be looking to win that as well. I want to thank the fans for all their support, as it is always appreciated.”

During the visit by Pakistan, Taylor became the third player in women’s cricket history to make 8,000 international runs, achieving the feat in the fourth CG Insurance ODI. Only 30 years and 34 days old at the time, she is comfortably the youngest to ever do it, with England’s Charlotte Edwards 33 years old when she reached the milestone and Mithali Raj 34. The feat only further confirmed Taylor’s status as one of the most outstanding all-rounders in the game’s history.