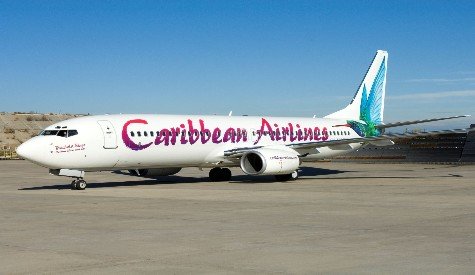 (Barbados) As part of its Eastern Caribbean expansion, Caribbean Airlines launched service between Barbados and Dominica.

The flights will initially operate twice weekly on Saturday and Sunday, increasing to four times weekly by mid-October.

In commenting on the launch of the new route, Caribbean Airlines’ CEO Garvin Medera, stated: “Our growth in the Eastern Caribbean continues with the start of service between Barbados and Dominica.

“Caribbean Airlines is fulfilling our mandate to make regional travel easier and more convenient and this network expansion is working in parallel with our strategic interline agreements to facilitate seamless connections from international destinations via Barbados to St. Lucia, St. Vincent, Antigua, Kingston, Jamaica and now Dominica.”

Dominica is known as the nature island of the Caribbean and its landscape boasts everything from waterfalls to mud ponds, as well as an array of exotic fauna.

The country attracts hundreds of thousands of visitors annually. Dominica has a population of over 71,000, with 20,000 people inhabiting Roseau, the capital city, and Portsmouth, the second major city.

An inclusive island with a rich cultural makeup, Dominica offers a vibrant mix of European and African influences.

(Reuters) HAVANA, Cuba--Cuba on Thursday said the decades-old US trade embargo, tightened under President Donald Trump, cost it a record total of more than...
Read more

BRIDGETOWN, Barbados (CMC)— The Barbados-based Caribbean Climate Outlook Forum (CariCOF) is warning that La Niña conditions are in place and this could result in...
Read more

Barrett Sworn In At Court As Issues Important To Trump Await

NIA CHARLESTOWN NEVIS (October 27, 2020) – The following is an announcement from the Ministry of Tourism in the Nevis Island Administration (NIA) regrading...
Read more

PARAMARIBO, Suriname (CMC) — Suriname recorded its first death from the coronavirus (COVID-19) for more than a week as two other Caribbean Community (Caricom)...
Read more

St Kitts and Nevis (WINN): The Royal St Kitts Golf Club continues to press for the reopening of the 18-hole golf course in Frigate...
Read more

Barrett Sworn In At Court As Issues Important To Trump Await | WINNFM 98.9

Barrett Sworn In At Court As Issues Important To Trump Await - https://www.winnmediaskn.com/?p=4976

The following is an address by Hon. Hazel Brandy-W

The preparatory work being done at the Vance W. Am

Rotary members in St. Kitts and Nevis are taking a

@apex_4m sits down with the Island Tea Crew to tal