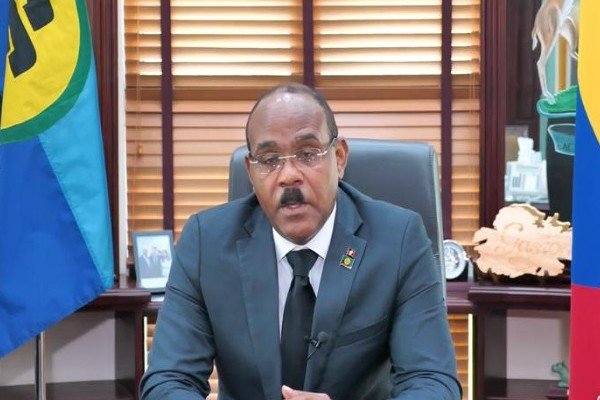 WASHINGTON, United States (CMC) – Caribbean Community (CARICOM) countries have threatened to boycott a meeting of the Organization of American States (OAS) scheduled for later on Wednesday if their request for a debate on the “current situation” in Cuba is not placed on the agenda.

The 13 CARICOM countries said they have taken note of a special meeting of the Permanent Council of the OAS to address “The Situation in Cuba” and has written to the Chair of the Council, Washington Abdala, regarding the matter.

In their July 27 letter, signed by the Antigua and Barbuda’s Permanent Representative, Sir Ronald Sanders, the regional countries noted that “our delegations collectively reiterate the position, previously expressed by Antigua and Barbuda, by formal letter of July 26th that since 1962 Cuba has not been a member of the OAS and has not participated in any of its activities.”

The letter noted that although efforts had been made to get Cuba back into the organisation including the passage of a resolution in 2009 that “the participation of the Republic of Cuba in the OAS will be the result of a process of dialogue initiated at the request of the Government of Cuba”, Cuba has made no effort to re-join the OAS and has publicly said that it will not do so.

“It is the considered opinion of our delegations that the proposed convocation of this meeting, which has been called without consultation, would be unproductive and would serve no useful purpose.

“All 13 of our delegations urge you to reconsider holding the meeting and advise that should you decide to proceed, our delegations will be obliged not to attend,” the letter stated, adding that “we request that this letter be distributed to all member states urgently”.

Earlier this month, CARICOM countries said they had “taken note” of the protests taking place in Cuba and called for a “return to calm and peaceful assembly and dialogue”.

At least one person died and more than 100 had been arrested, including independent journalists and opposition activists, with President Miguel Diaz-Canel denouncing the distribution of what he said were “false images” of the unrest that rocked the Spanish speaking communist island recently.

Thousands had joined in the biggest protests for decades last week complaining about the collapse of the economy, food and medicine shortages, price hikes and the government’s handling of the coronavirus (COVID-19) pandemic.

Meanwhile, the Director-General of the Organisation of Eastern Caribbean States (OECS), Dr. Didacus Jules, has called on the United States to end its decades’ old trade and economic embargo against Cuba, saying for 61 years, Washington “has been a knee on the throat of Cuba constricting its ability to determine its sovereign destiny.”

Jules told the 21st meeting of Ministers of Foreign Affairs of the Community of Latin American and Caribbean States (CELAC) that the “strangulation has choked the Cuban people daily by inflicting the destitution of simple needs to create complex problems.

“For 61 years, the overwhelming majority of the United Nations have implored… have demanded the removal of this blockade,” he told the conference.

Jules said that consistent with the Declaration of Latin America as a Zone of Peace, “We energetically reiterate the principles of non-intervention, respect for sovereignty of states and the inalienable right of our peoples to shape the future of peace, progress and prosperity – the future that we all want”.

In February 1962, President John F Kennedy proclaimed an embargo on trade between the United States and Cuba, in response to certain actions taken by the Cuban government and directed the Departments of Commerce and the Treasury to implement the embargo, which still remains in place.