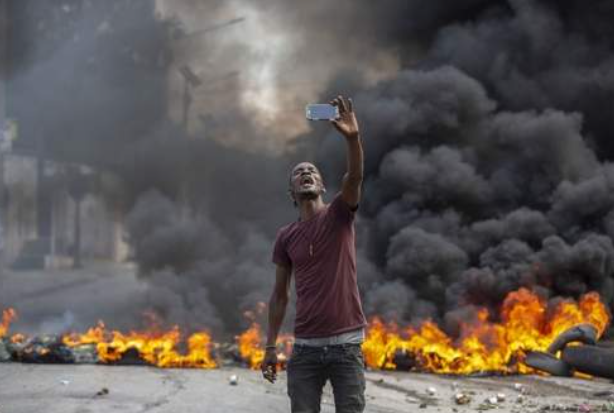 GEORGETOWN, Guyana (CMC)— Caribbean Community (Caricom) foreign ministers have discussed the ongoing socio-economic and political situation in Haiti examining possible “modes” of intervention, according to a statement issued by the Guyana-based Caricom Secretariat.

It said that the Caricom Council for Foreign and Community Relations (COFCOR) held a special meeting last week in Miami, and that “the situation in Haiti was discussed and possible modes of intervention by Caricom to assist a Haiti-driven solution were explored”.

The statement gave no further details on that matter, but in recent months Haiti has been facing a series of situations including the assassination of President Jovenel Moise on July 7, the postponement of presidential and legislative elections and last weekend the kidnapping of several foreigners, the latest wave of criminal activities in the French-speaking Caricom country.

Haiti is also recovering from a massive 7.0 earthquake that hit the country on August 24, resulting in the deaths of thousands of people and damage to homes and buildings.

The statement said that the two-day meeting was the first in person meeting of the COFCOR since the onset of the coronavirus (COVID-19) pandemic in January last year, bringing together ministers who had assumed office over the past eighteen months and their colleagues. It was hosted by the Consul General of Jamaica.

“The meeting was strategic in intent and provided the opportunity to define common positions and to thereby strengthen the coordination of approaches on foreign policy matters. Views were expressed on a Caricom Vision 2050 and strategic positioning of the Community in that regard.

“Threats and opportunities were outlined and discussions centred on the web of relations with international partners, Third states, as well as regional and international organisations which would help to shape a strategic foreign policy agenda for the Community,” according to the Caricom statement.

It said the meeting’s agenda also included the multifaceted effects of COVID-19 including inequitable access to vaccines and the emerging two-tiered system of vaccine approval related to international travel, as well as the barriers to access to concessional financing and other obstacles to economic recovery.

“Attention was paid to bilateral and multilateral relations within the Western Hemisphere, as well as to concerns arising from areas of political instability in the wider Caribbean region. Discussions on the Community’s relations with regional and hemispheric organisations were also undertaken with a view to strengthening that interface.”

The statement said that the foreign ministers also discussed issues regarding extra-regional partnerships with focus being placed on the recent strengthening of relations with Africa and the required follow-up to the first Summit last month.

“Relations with the Organisation of African, Caribbean and Pacific States (OACPS) and the Commonwealth were also discussed. With regard to the latter where the issue of the renewal of the term of office of the Secretary-General remains pending, the Council reiterated its stance that the incumbent, Baroness Scotland, enjoys the broad support of the Community,” the statement noted.