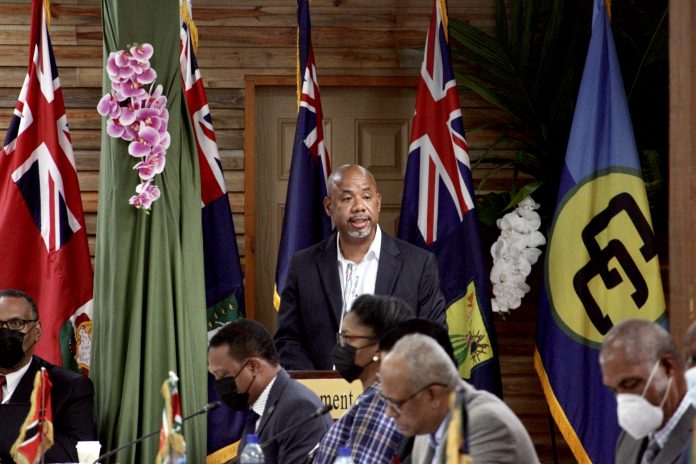 (City of Belmopan, Belize) On the heels of a new report released by the IPCC, Heads of
Government of CARICOM converged on Ambergris Caye, Belize for the Thirty-Third
Inter-sessional Meeting of Heads of Government of the Caribbean Community
(CARICOM). High on the meeting agenda was the issue of climate change and the recently
concluded Twenty-sixth meeting of the Conference of Parties (COP26) and the next steps
for COP27.

In a presentation to Heads, Dr. Young, the Executive Director of the CCCCC, discussed
the outcomes of the Glasgow Climate Pact relative to the CARICOM expectations. He
indicated that while COP26 resulted in progress in a number of key areas of importance to
CARICOM and Small Island Developing States (SIDS), the overall Glasgow Climate Pact
package for Small Island Developing States (SIDS) failed to close the ambition gap in line
with the science of 1.5oC and failed to deliver the USD 100 billion annually by 2020 that
was promised by developed countries to developing countries. The Glasgow Climate Pact
did not result in the establishing of a loss and damage facility in line with the expectations
of SIDS.

Leading up to COP27, Dr. Young encouraged CARICOM Member States to be fully
engaged by having early and meaningful engagements both at the political and technical
levels to ensure that the region’s priorities are reflected in the Work Programmes and
processes established to bridge the ambition gaps at COP26, namely:

Adaptation and Vulnerability for SIDS and encouraged Heads to rely on the broad body of
undeniable facts presented in the report to continue urgent calls for increased access, speed and scale to climate finance to fund climate adaptation initiatives in Member States.

CARICOM leaders took note of the Glasgow Climate Pact, the 2022 priorities of the UK
COP26 Presidency, endorsed the COP27 Road Map and issued the Ambergris Caye
Declaration on COP26 Outcomes and CARICOM expectations in the lead up to COP27:
A pathway from Ambition to Action.”