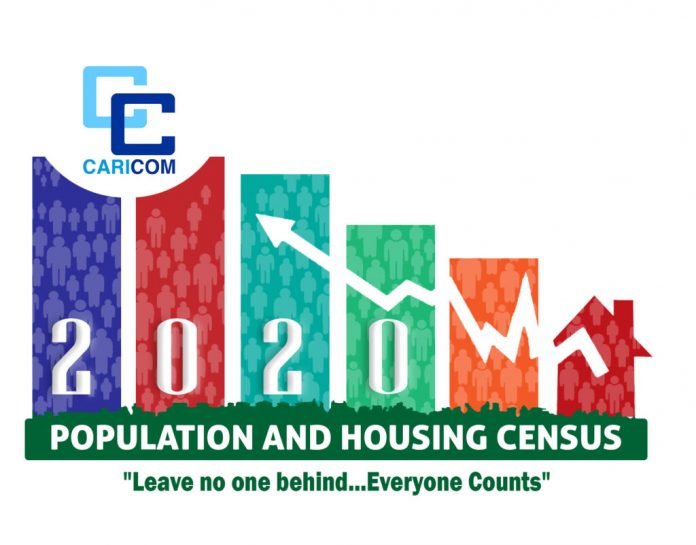 St. Kitts and Nevis (WINN) – All members of the Caribbean Community (CARICOM) agree the 2020 census is imperative in nation-building, policymaking and resource allocation.

The CARICOM Secretariat held an online discussion on Thursday, April 28, 2022, on the 2020 Population and Housing Census efforts still underway in some countries.

Because of the COVID-19 pandemic, this round of census activities should have begun in 2020 but were delayed. The Census in the Caribbean was launched in August 2021.

Some Member States have already begun their Census activities and are in various stages of the exercise. Others have indicated they will start their activities later this year.

Anguilla’s census was delayed to June 2022, a third time the country’s census activities have been delayed.

“Anguilla Census day is now set as June 15. I say now because this is the third occasion that our 2020 round has been rescheduled. Our round, along with the other participants from the region, has been disrupted because of a number of issues. We have been plagued with COVID, the reversion or reassigning of funds to manage that pandemic, as well as each country you would know, would have their individual contextual challenges.”

Grenada is conducting a completely digital census this round.

Mr Halim Brizan, Director of Statistics for the Central Statistical Office in Grenada, spoke of some of the challenges his office is facing related to the census activities.

“Our government, on the advice of the Ministry of Health, instructed that all census workers take at least one dose of the COVID-19 vaccine. You would imagine that as in other Caribbean countries, there’s a high level of vaccine hesitancy, and as a result, we lost more than half of our trained field staff.”

Initially, the census was scheduled for September 2021 but was rescheduled to November because of the spread of the Delta variant of the COVID-19 virus during September and October in the country.

However, even with the start of their activities in November, staffing issues posed a problem for the Grenada office.

“So we off to a very slow start, not only because of the limited persons we had to work with us but also because the enumerators took time to understand the digital platforms. You would appreciate that this is the very first time we are doing a completely digital census, and our training, which was completely virtual, did not allow us to do any sort of hands-on training. So we had to spend time in the field ensuring that the enumerators and the supervisors understand what we have to do.”

St. Kitts and Nevis, like the rest of CARICOM, also suffered delays at the start of the 2020 census because of COVID-19 spread in the Federation.

The census initiative in the Federation was officially launched at the start of April. Enumerators have been in the field, and they have covered three percent of the estimated household population that was evaluated via a pre-census initiative in 2021.

“Initially, we are on census plan for 2021, but we had a second, third and fourth wave. Initially, we were set for April; we had a second wave of the COVID-19 virus. We moved it to September; we had the third wave. Then we moved it to January 22, and we had that when we fourth wave of the COVID-19 virus,” said Carlton Phipps, Director of Statistics in the Department of Statistics here.

Census day was scheduled for April 3 but was pushed back one week because of technical difficulties, and Phipps indicated that the enumerators have been in the field for two weeks thus far.

“If I could look at some of the key challenges that we’ve been having in terms of moving forward census. Of course, there have been budget constraints because, with the situation with the pandemic, a lot of funds were already placed in terms of assisting households trying to get them back on their feet. From the Ministry of Finance’s end, the situation government revenue [was] down significantly because of the downturn in economic activity. So that really sort of puts us in a position where we were working with limited funds.”

He continued, “Also in terms of reaching households, updating them about the census, the importance of the census, etc., trying to convince persons to participate and that require extensive advocacy, campaigning, etc. from us beyond what we would have done from past censuses. It was decided by the COVID-19 Task Force that all field workers should be fully vaccinated and that significantly impacted the number of persons and the quality of persons we would have had to start the census. We lost, we say, some of our very good workers who have served us well in the past because, for one reason or the other, they were not vaccinated, so we could not use those persons.”

According to the Director of Statistics, other issues included constraints on the ability to train large groups of enumerators, making training efforts longer than expected and budgetary constraints caused by COVID-19 sanitisation protocols with additional expenses for face shields, masks, gloves and hand sanitisers.

Phipps ended his remarks by encouraging people to participate in the census.

“It doesn’t matter, your religion, your ethnicity, your immigration status; we want every single person to be counted.”

One of the CARICOM member states that has completed their census is Aruba. The Dutch territory completed the initiative in 2020, with data expected to be shared in the coming weeks.

Desiree Helder, Deputy Director of the Central Bureau of Statistics in Aruba, shared some lessons from that effort.

“Given that we conducted for the first time a multi-mode census, we conducted the census online, as well as via telephone as well as in the field with enumerators with tablets. So it was quite a challenge to have the data and the quality of the data checked. This was a very great endeavour that we completed in September that we are still conducting. We are publishing the data in bits and pieces; we started with basic tables that we published on our sites … we are also building new manners in which we publish the data. For example, we are working with the ArcGIS platform to build social maps, and social demographic maps in the form of story maps to publish the data online.”